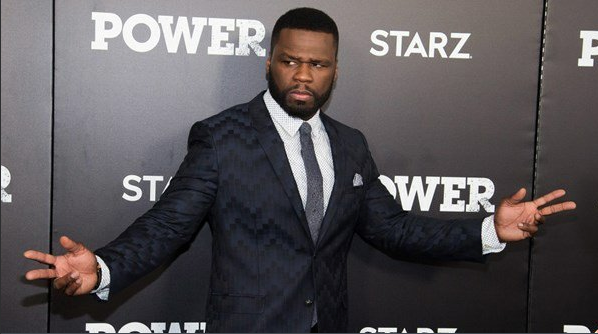 The deal ties him to the network until September 2019. The rapper, one of the biggest crossover artists in the business, appears on and executive produces the premium cable network’s hit crime drama Power. He will continue to work on Power and also develop new projects for Starz via his production banner G-Unit Film & Television.

“This deal recognizes how Curtis’ abilities have gone beyond music and business to include acting and show creation. We’re pleased to continue our relationship and bring new projects to his current and future fans,” Starz CEO and president Chris Albrecht said Wednesday in a statement.

“This investment in my television and film ventures through G-Unit Film & Television will launch a wide range of new original scripted and unscripted programming I’m looking forward to everyone seeing,” added Jackson. The Grammy-winning rapper-turned-producer has a couple of projects in development at Starz, including Black Mafia Family and Tomorrow, Today.

Black Mafia Family is inspired by the true story of drug dealer Demetirus ‘Big Meech’ Flenory and is set at the intersection of drug trafficking and the music industry. Tomorrow, Today centers on a veteran who is falsely imprisoned, becoming the personal experiment of a prison doctor who genetically engineers him to have heightened abilities. When he breaks free, he is on the run but uses his newfound abilities for good.

Power is the most-watched franchise for Starz. The fourth season of the drama averaged 9.3 million multiplatform viewers per episode. It was nominated for four 2018 NAACP Image Awards, including outstanding drama series, and a 2017 People’s Choice Award for favorite premium drama series. The show, created by Courtney A. Kemp, is now in production on its fifth season.

Jackson is repped by APA and attorneys Stephen Savva and Eric Feig.