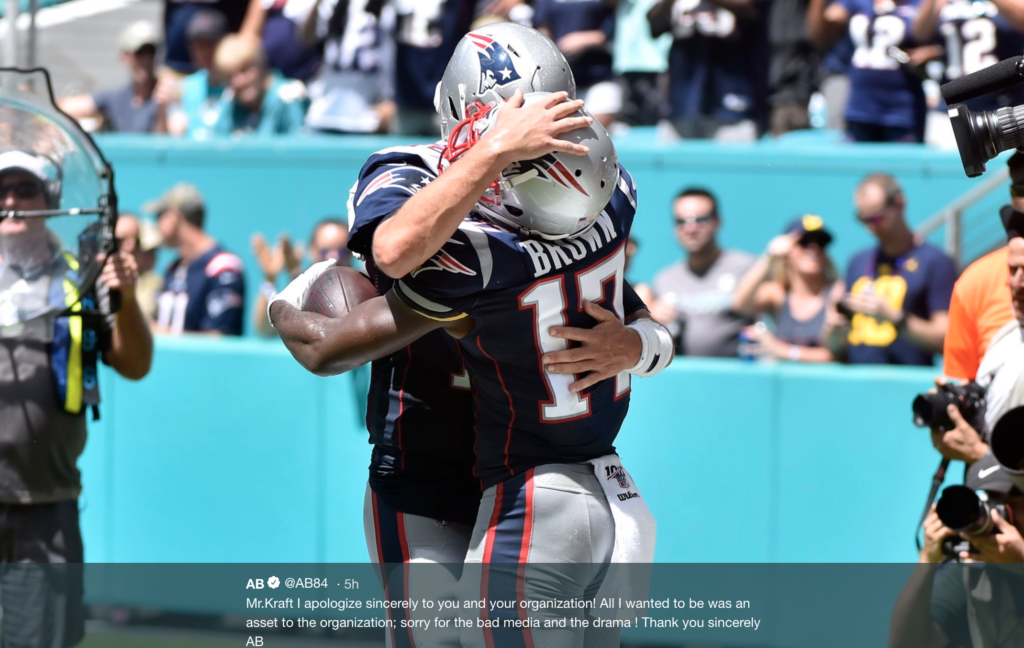 AB Has a Message For Patriots Owner

Brown wrote: “Mr. Kraft I apologize sincerely to you and your organization! All I wanted to be was an asset to the organization; sorry for the bad media and the drama ! Thank you sincerely AB”

The Patriots released Brown on Sept. 20, just 11 days after signing him. Two days later, Brown called out Kraft and Pittsburgh Steelers quarterback Ben Roethlisberger, comparing their legal issues with his own.

Brown referred to Kraft’s ongoing case in Florida, in which he was charged with solicitation for allegedly receiving a sex act at a massage parlor, and Roethlisberger’s four-game suspension in 2010 for violating the NFL’s personal conduct policy based on a sexual assault accusation.

Brown’s apology Tuesday comes five days after he met with the NFL to address sexual assault allegations against him. That meeting lasted about eight hours, and there could be follow-ups before a decision is made about his future, a source told ESPN’s Josina Anderson.

Brown has filed eight grievances against the Oakland Raiders and Patriots, a source told ESPN’s Dan Graziano. He is seeking $39.775 million in lost salary, bonuses and guaranteed money.