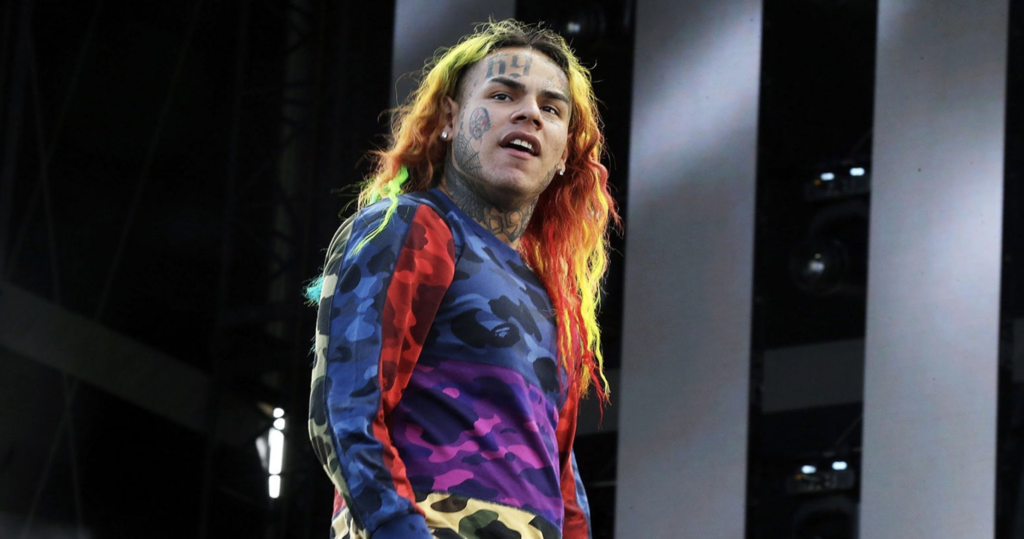 Acting Like A Clown Can Get You Jail Time

Rapper Tekashi 6ix9ine (born Daniel Hernandez) was sentenced to 24 months in prison on Wednesday (Dec. 18) in Manhattan federal court for his participation in a New York street gang. The troubled 23-year-old who has gained almost as much attention for his legal troubles as his high-energy, shouted songs, has been behind bars for more than a year as he awaited a judge’s decision on the case.

As expected, Hernandez earned leniency in his sentencing because of his testimony against other members of the violent Nine Trey Gangsta Bloods, with attorneys for the “Dummy” rapper asking the judge in the case to sentence him quickly after two other Nine Trey members were found guilty last week in part thanks to 69’s testimony. Hernandez reportedly began cooperating with prosecutors right after he and several other Nine Trey members were arrested by federal authorities in Nov. 2018, pleading guilty to federal racketeering and firearms offenses that carried a mandatory minimum of 47 years in prison.

Last week, attorneys with the Department of Justice asked U.S. District Court Judge Paul Engelmayer to impose a sentence below the statutory minimum in light of Hernandez’s cooperation. The rapper pleaded guilty in January to nine counts of federal racketeering, firearms, violent crimes in aid of racketeering and narcotics trafficking offenses in exchange for taking the stand as a key government witness against two high-ranking members of the gang.

6ix9ine also provided the government with key evidence that enabled them to bring charges against two other individuals. Given his testimony against other gang members, Hernandez is expected to be placed in witness protection after sentencing, which could complicate any attempts to return to his once-thriving musical career, especially in light of other artists, including Snoop Dogg and The Game, painting him with the dreaded “snitch” tag for his cooperation in the federal cases. The “Fefe” rapper’s signature look — multiple “69” face and body tattoos, rainbow hair and colorful grills — could also make it hard to hide his identity.

Despite those hurdles, Billboard confirmed in October that the rapper has landed a new $10 million record contract with his former label 10K Projects upon his release from prison for one English and one Spanish album. Last year, Tekashi 6ix9ine had a multiplatinum hit song, “Fefe,” with Nicki Minaj, which peaked at No. 3 on the pop charts, and “Stoopid,” featuring imprisoned rapper Bobby Shmurda. The chart success came after 69 burst onto the music scene in Oct. 2017 with the hyped song “GUMMO,” which established his public image as a dynamic, gruff-voiced MC whose videos were filled with images of guns, cash bundles and a crew wearing red gear, a hue associated with the Bloods gang.

In testimony last month, Tekashi 6ix9ine explained to jurors that his role in Nine Trey was to “just keep making hits and be the financial support for the gang … so they could buy guns and stuff like that.” Asked what he got in return, he responded: “My career. I got the street credibility. The videos, the music, the protection — all of the above.” In a letter to Judge Engelmayer filed last week, Hernandez apologized for his crimes, for joining the gang and for “misrepresenting myself” to his fans. “I now know that I am remorseful for what happened because I was blessed with the gift of an opportunity that most people dream of but I squandered it by getting involved with the wrong people and misrepresenting myself when I should have been true to myself and my fans.”

It was announced earlier this week that Spotify and Complex have teamed up for an eight-part documentary podcast entitled Infamous: The Tekashi 6ix9ine Story, which will kick off on Jan. 28 and feature narration from New York radio personality Angie Martinez.