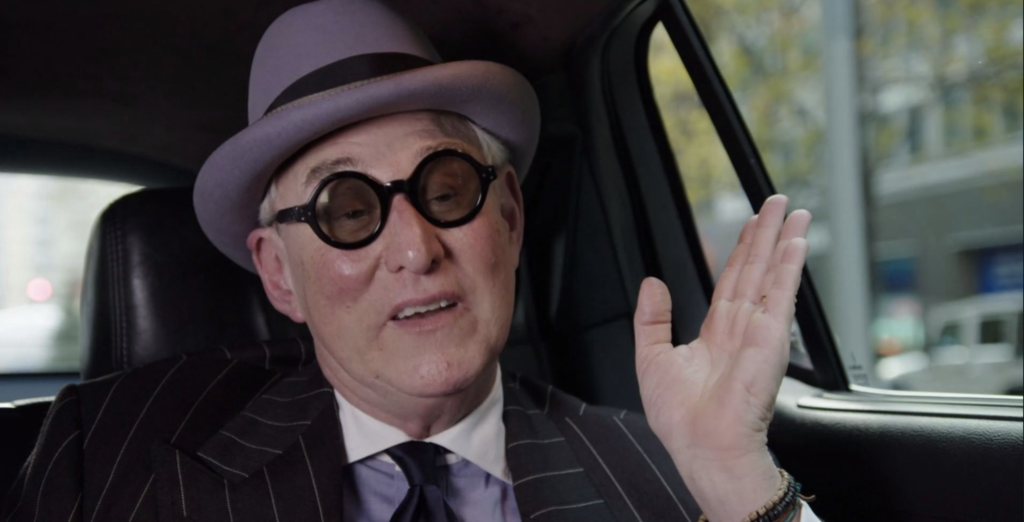 Another Trumper Is Found Guilty

President Donald Trump’s longtime adviser Roger Stone was convicted on all charges on Friday by a federal court jury that found the veteran Republican operative and self-proclaimed “dirty trickster” guilty on seven counts of lying to the U.S. Congress, obstruction and witness tampering.

During the trial, prosecutors pressed their case that Stone lied to lawmakers about his outreach to WikiLeaks – the website that disclosed many hacked Democratic emails ahead of the 2016 U.S. election that proved embarrassing to Trump’s Democratic opponent Hillary Clinton – to protect Trump from looking bad.

The verdict, in a trial arising from former Special Counsel Robert Mueller’s investigation that detailed extensive Russian interference in that election, is not only a blow to Stone but renews scrutiny on Trump’s actions as a candidate even as he endures an impeachment inquiry that threatens his presidency.

Before the verdict was announced, Stone, 67, arrived at the courthouse clad in a pinstripe suit, blue tie with white dots, white handkerchief in his pocket, arm in arm with his wife, sunglasses in one hand, a small red copy of the Bible in the other and a smile on his face.

When the verdict was read, Stone faced the jury of nine women and three men, and showed no outward signs of emotion as he was pronounced guilty.

Trump fumed after the conviction of Stone, a friend of his for decades.

“So they now convict Roger Stone of lying and want to jail him for many years to come,” Trump wrote on Twitter, asking why it was not his adversaries including Clinton and “even Mueller himself? Didn’t they lie?”

“A double standard like never seen before in the history of our Country?” Trump added.

U.S. District Judge Amy Berman Jackson set a sentencing date of Feb. 6. She rejected a prosecution bid to have Stone jailed until then. Six of the criminal counts each carry a maximum sentence of five years in prison and the seventh carries a maximum term of 20 years. Stone is likely to get far less time as a first-time non-violent offender.

Stone was one of several former Trump aides to have been charged in Mueller’s investigation and one of only two not to plead guilty but rather go to trial.

The other was former Trump campaign chairman Paul Manafort, Stone’s one-time business partner in a lobbying firm who was convicted by a jury last year in Virginia of tax and bank fraud and is serving a prison sentence of 7-1/2 years.

Stone, who has labeled himself a “dirty trickster” and “agent provocateur” and famously has the face of former President Richard Nixon tattooed on his back, was charged with obstructing justice, witness tampering and lying to the U.S. House of Representatives Intelligence Committee during its investigation into Russian election interference.

That panel is now leading the impeachment inquiry.

Chuck Schumer, the top Senate Democrat, said Stone’s conviction “sends a powerful and timely message to President Trump and all House and Senate witnesses – past, present, and future – that lying to Congress, witness tampering, and obstruction of Congress are crimes and those who commit crimes do so at their own peril.”

Stone and his lawyers, who remain under a court-imposed gag order, had no immediate comment. Prosecutors also did not comment.

Opening statements in the colorful trial came on Nov. 6. The trial featured references to the film “The Godfather Part II,” an impression of Senator Bernie Sanders by a prosecution witness, and testimony by political heavyweights including former Trump campaign CEO Steve Bannon and former Trump deputy campaign chairman Rick Gates. Those witnesses said they believed Stone had inside information about when WikiLeaks might release more damaging emails about Clinton.

Some of those lies related to the existence of texts or emails. Others pertained to Stone’s conversations with Trump campaign officials and a supposed “intermediary” with WikiLeaks in August 2016 whom Stone identified to lawmakers as being comedian Randy Credico.

At that time, prosecutors said, Stone was actually dispatching a conservative author named Jerome Corsi to, as one email stated, “get to Assange!”

Stone was also accused of tampering with a witness, Credico, when Credico was summoned to testify before Congress and speak with the FBI. In emails and texts, Stone told Credico among other things: “Prepare to die,” “You’re a rat. A stoolie,” and “Stonewall it.”

Prosecutor Jonathan Kravis asked the judge to detain Stone pending sentencing, saying that the night before, Alex Jones from the conspiracy theory website Infowars claimed Stone had sent him a message. On the show, Jones said he was passing along a pardon request to Trump from Stone.

Stone’s verdict coincided with the second public hearing in the House impeachment inquiry focusing on Trump’s dealings with Ukraine.