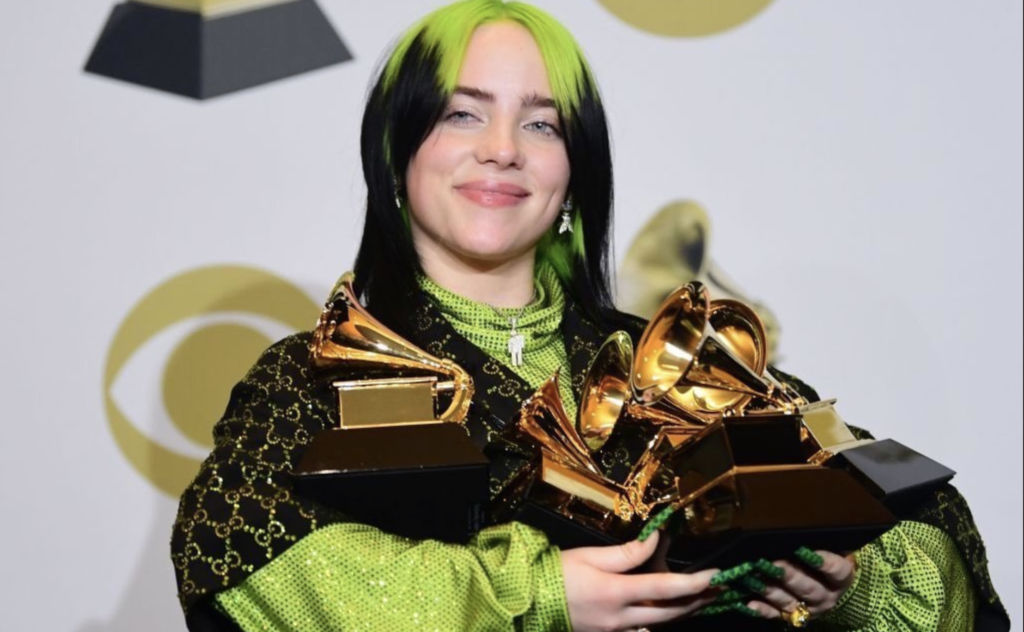 After winning the Grammy Awards for song of the year, best new artist and album of the year, Billie Eilish completed the sweep of the Big Four with the final award of the evening, winning record of the year for “Bad Guy.”

Presented immediately after album of the year, Eilish and her older brother, Finneas, returned to the stage and accepted record of the year from host Alicia Keys. Their acceptance speech was two combined words: “Thank you.”

It’s been 39 years since an artist completed the Big Four sweep — Christopher Cross was the last artist to do so, in 1981. Overall, Eilish went 5-of-6 at the 2020 Grammy Awards, while Finneas won the producer of the year, non-classical trophy himself.

Earlier in the evening, Eilish also performed “When The Party’s Over” from the center of the Staples Center.