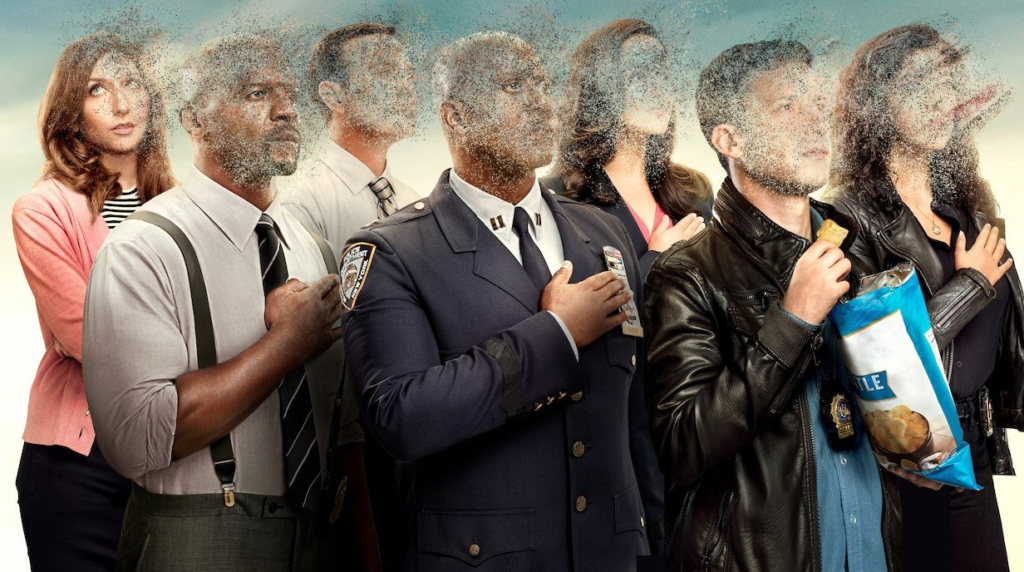 Those behind the highly regarded cop comedy starring Andy Samberg and Andre Braugher were once again bracing for a last-minute verdict on renewal, but not with this outcome. The zany, thoughtful series has continued to grow in buzz and critical praise, though not in the Nielsens: Season 5 averaged 2.7 million viewers and a 1.2 rating in the key 18-to-49-year-old demo, versus season 4 averages of 2.9 million viewers and a 1.3 rating among 18-to-49-year olds. A schedule shuffle had seemed to help Brooklyn’s case for renewal. The series, which began the season airing on Tuesdays before going on hiatus, perked up in the ratings when it was returned to the air on Sunday months ahead of schedule, as Ghosted’s retooled return was delayed.

Brooklyn hit the 100th-episode milestone earlier this season, and it has served as the second-longest-running live-action Fox comedy, behind New Girl. In recent years, the progressive show with a silly side has thrived by tackling more serious topics such as racial profiling, corruption in the law, or sexuality; last week’s episode dealt with an active shooter situation. Asked recently about the show’s chances of scoring a sixth season, Samberg said, “I’m obviously hopeful. I love making it. I think we’ve had an incredible season. I feel really proud of the episodes. I feel like we’ve had a really nice upswell culturally. There was a lot of attention around the 99th episode and we got a lot of love during the Olympics, which was really cool. And there was a lot of really beautiful attention paid to the development with Rosa [Stephanie Beatriz] coming out as bi. I certainly feel we’re in a good place, but as to whether or not we get more, that’s obviously far beyond my reach. But fingers crossed.”

“I think we’re all super-optimistic,” Brooklyn star Melissa Fumero added. “Everyone wants to do at least one more season. Everybody feels like we’re not done. There’s more story to tell, there’s more fun stuff to do with this incredible ensemble of characters. It was a great sign that they brought us back on Sundays, and they brought us back earlier.”

Brooklyn‘s season 5 finale — which centers on Jake and Amy’s wedding, and now will serve as the series finale — airs May 20.

Alhough the news is grim, there is a chance that Brooklyn could wind up in the hands of another network or a streaming service, much like what happened with The Mindy Project moving from Fox to Hulu.

Fox also axed another veteran comedy, The Last Man on Earth as well as sophomore comedy The Mick. One factor in the cancellations: Fox is adding a night of football in the fall, which reduces the available real estate on its schedule.

To see first-look photos from what is now the final episode of Brooklyn Nine-Nine, click here.