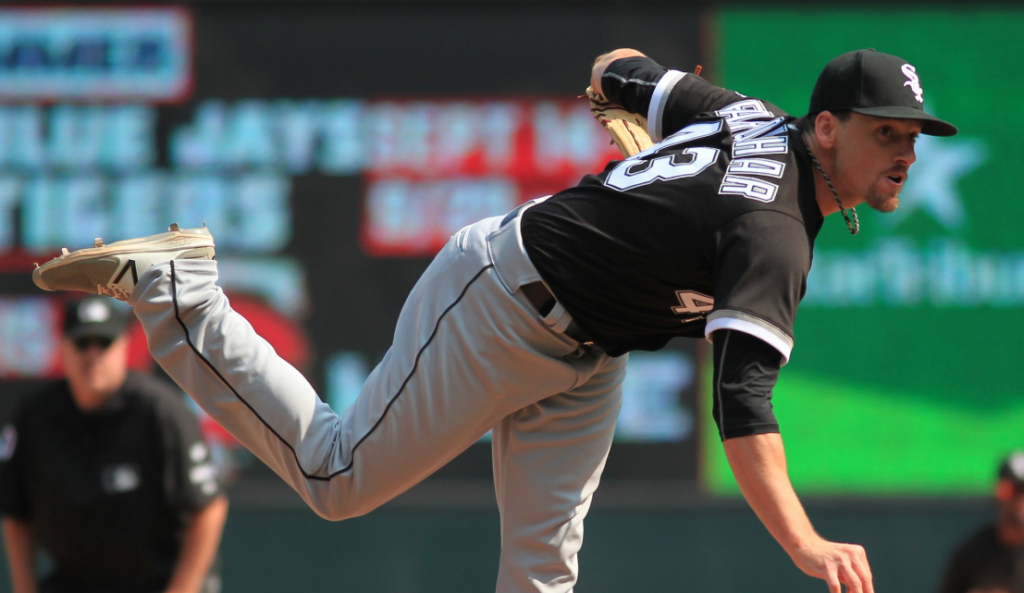 The Chicago White Sox lost 10-1 to the Houston Astros on Saturday but matters on the field took a backseat to concerns about their reliever Danny Farquhar, who suffered a brain hemorrhage a day earlier.

Farquhar, 31, collapsed in the dugout during the sixth inning of Friday’s game against the Astros after facing four batters. He is in a Chicago hospital in critical but stable condition.

The White Sox said tests had revealed a ruptured aneurysm.

White Sox starter James Shields told reporters prior to the game on Saturday the players were all suffering.

“It crushes us in this clubhouse, and nothing really matters baseball-wise when something like that happens,” he said. “When you see one of your brothers go down like that, it’s not very fun to watch. He’s such a resilient human being and we’re praying for him. We hope everything goes well.”

Farquhar is 1-1 with a 5.63 ERA in eight appearances this season.

“He’s alive, he’s got a chance and that’s what I’m hanging on to,” said White Sox pitching coach Don Cooper.