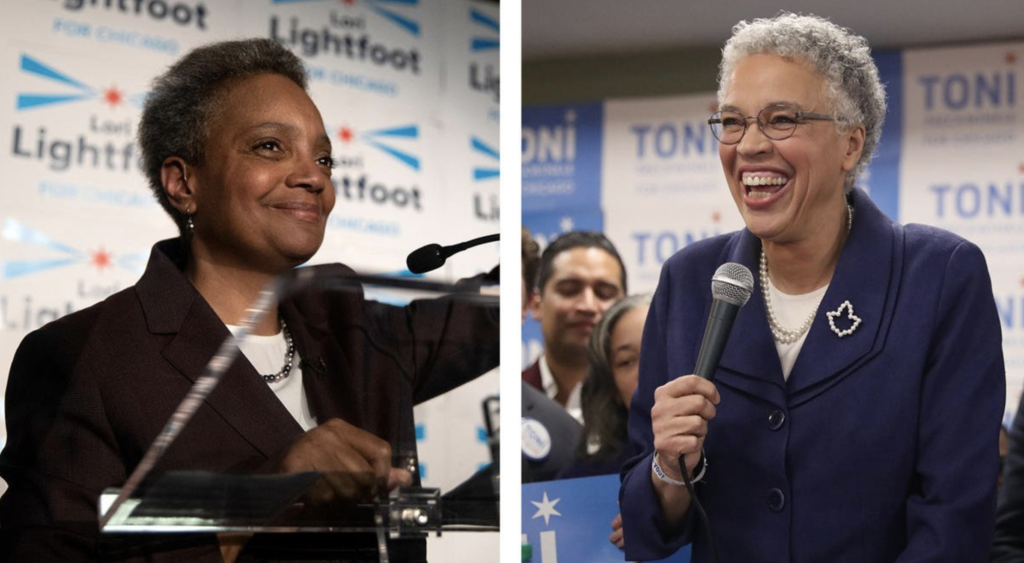 Chicago Will Have A Black Female Mayor!

Two black women will face off in a historic April runoff for Chicago mayor, one a former prosecutor and anti-establishment candidate and the other a career politician, as the third-largest U.S. city struggles with crime and racial divisions.

Lori Lightfoot, 56, the former president of independent civilian body the Chicago Police Board, had 17 percent of the first round vote on Tuesday with 90 percent of precincts counted, results showed.

Toni Preckwinkle, 71, Cook County board president and a long-time politician, followed with 16 percent of the vote. William Daley, 70, son of one previous Chicago mayor and brother of another, conceded the election with just under 15 percent.

The racially diverse field of 14 was the largest of any Chicago mayoral election, said Jim Allen, Chicago Election Board spokesman. The runoff will be held on April 2.

Lightfoot, who would also be the city’s first openly lesbian mayor, thanked her supporters for their courage in a late-night rally in front of cheering supporters.

It’s “not every day that a little black girl in a low-income family from a segregated steel town makes the runoff to be the next mayor,” said Lightfoot, who was born in Ohio.

Rahm Emanuel, mayor since 2011 and White House chief of staff in the administration of President Barack Obama, threw the race wide open in September with a surprise announcement that he would not seek a third term.

Political newcomers entered the race along with well-known names like Daley, who is also a former commerce secretary and succeeded Emanuel as Obama’s chief of staff.

Efforts to reform the police loomed large over the vote, with national implications. Emanuel faced calls to resign after a video of the 2014 fatal police shooting of black teenager Laquan McDonald was released more than a year after the incident.

The next Chicago mayor will inherit a $28 billion unfunded pension liability and escalating contributions to the city’s four retirement systems that will top $2 billion starting in 2023. The mayor is also responsible for the heavily indebted Chicago Public Schools.