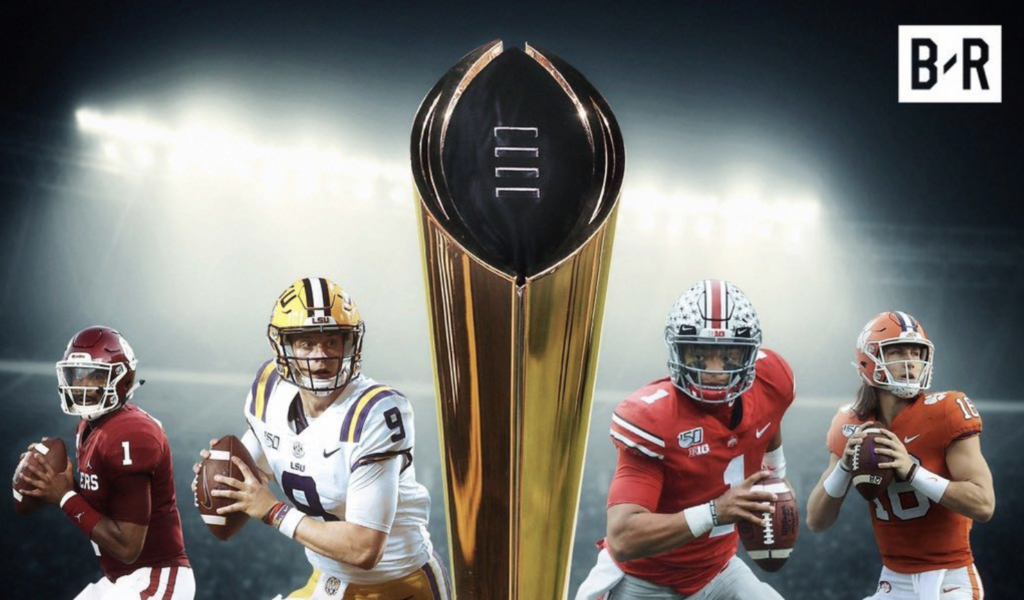 No. 1 LSU will face No. 4 Oklahoma and No. 2 Ohio State will play No. 3 Clemson, as decided by the CFP rankings committee Sunday.

Both semifinal games will take place Dec. 28. The College Football Playoff National Championship will be held Jan. 13 at the Mercedes-Benz Superdome in New Orleans.

LSU (13-0) reclaimed the No. 1 ranking with its 37-10 win over Georgia on Saturday in the SEC Championship Game. The victory was the Tigers’ fifth over an Associated Press top-10 team this season, which ties a record in the AP poll era (since 1936) for most top-10 victories in a single season.

But being the top-ranked team again may not faze coach Ed Orgeron, who said after winning the SEC title that he doesn’t care about being No. 1 or No. 2.

“I’ve told the team it doesn’t matter,” Orgeron said Saturday. “It don’t matter where they rank us, where they tell us to go. We’ve got to win the next game. That’s all that matters.”

Ohio State (13-0) maintained its 19-game winning streak with a second-half comeback against Wisconsin in the Big Ten Championship Game on Saturday. Quarterback Justin Fields said the early adversity against the Badgers “made us stronger,” while star defensive end Chase Young said it proved the Buckeyes were “a No. 1-worthy team.”

The Buckeyes are making their and the Big Ten’s first playoff appearance since 2016. Ohio State won the inaugural playoff in 2014.

Clemson (13-0) is in the playoff for the fifth straight year, winning the national title in 2016 and 2018. The Tigers haven’t lost since the 2017 season, racking up their 28th straight win with a 62-17 blowout of Virginia in the ACC title game Saturday.

But this year’s resume has been questioned after the Tigers rolled through a weak ACC and a schedule that could wind up with zero teams in the final CFP Top 25, assuming Virginia drops out following its 45-point loss.

It’s a situation that has frustrated coach Dabo Swinney, who said last week that the ACC doesn’t get enough credit and that Clemson is held to a higher standard.

Oklahoma (12-1) was the biggest beneficiary of conference championship weekend. The Sooners’ 30-23, overtime victory over Baylor in the Big 12 title game — paired with losses by Georgia and Utah — vaulted them into the playoff for the third straight year.

The Sooners may not be favored in their playoff games, but the No. 4 seed has more titles in the past five years (2) than the No. 1 seeds (0).

According to ESPN’s Football Power Index, Ohio State has the best projection to win the playoff, with a 35% chance of claiming the title. LSU has the second-best projection at 29%, followed by Clemson (28%) and Oklahoma (9%).

The Pac-12 was shut out of the playoff for the third straight year. Utah entered the weekend ranked No. 5, but its case was ruined by a 37-15 loss to Oregon on Friday. So Oregon (2014) and Washington (2016) remain the conference’s only representatives in the six-year history of the playoff.