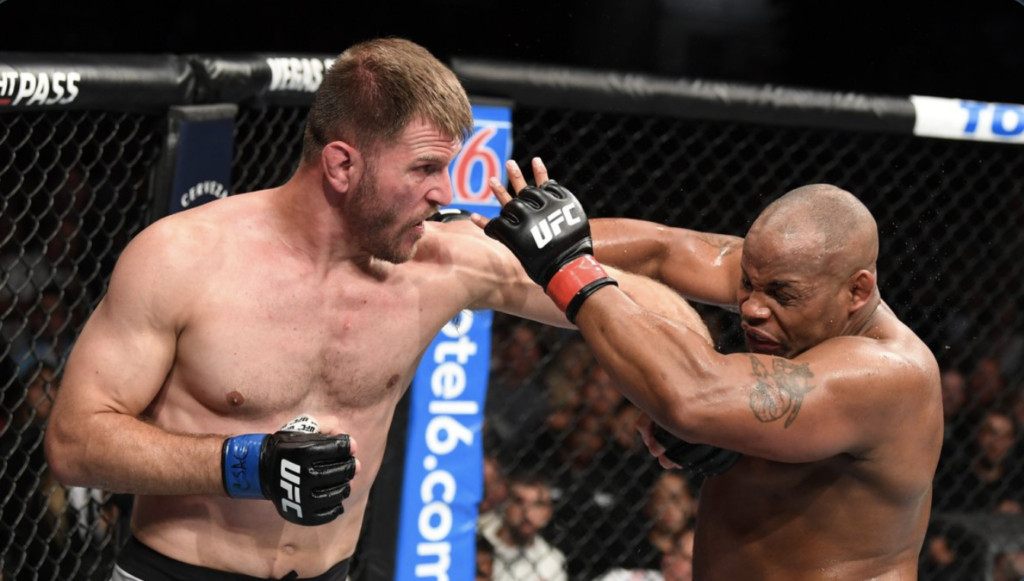 Cormier KO’d and UFC Has A New Champion

Stipe Miocic was trailing Daniel Cormier on the scorecards 29-28 twice and 30-27 after three rounds for the heavyweight title at UFC 241. His face was marked up and he seemed to be tiring.

But Miocic still found a way to regain his heavyweight title. He attacked Daniel Cormier to the body in the fourth round with several solid shots. Cormier staggered back after the last of them, setting up the finish.

Miocic landed a big right after it and Cormier staggered back to the cage. Miocic has been one of the sport’s best finishers and he showed it by not allowing Cormier off the hook.

“He did a great job of following up and he’s a fantastic champion,” Cormier said.

Cormier was controlling much of the bout and was walking Miocic down. He took Miocic down after a huge slam in the first and delivered quite a bit of punishment on the ground.

As the fight wore on, he was walking forward to Miocic with his hands down. Miocic was eating shots, but he took them well and never seemed in danger.

In the fourth round, Miocic made a more concerted effort to go to the body than he had in the fight to that point and it paid off.

Cormier said he would talk to his wife and is considering retirement. The new champion, who lost his belt via first-round knockout to Cormier at UFC 226 in 2018, praised his foe.