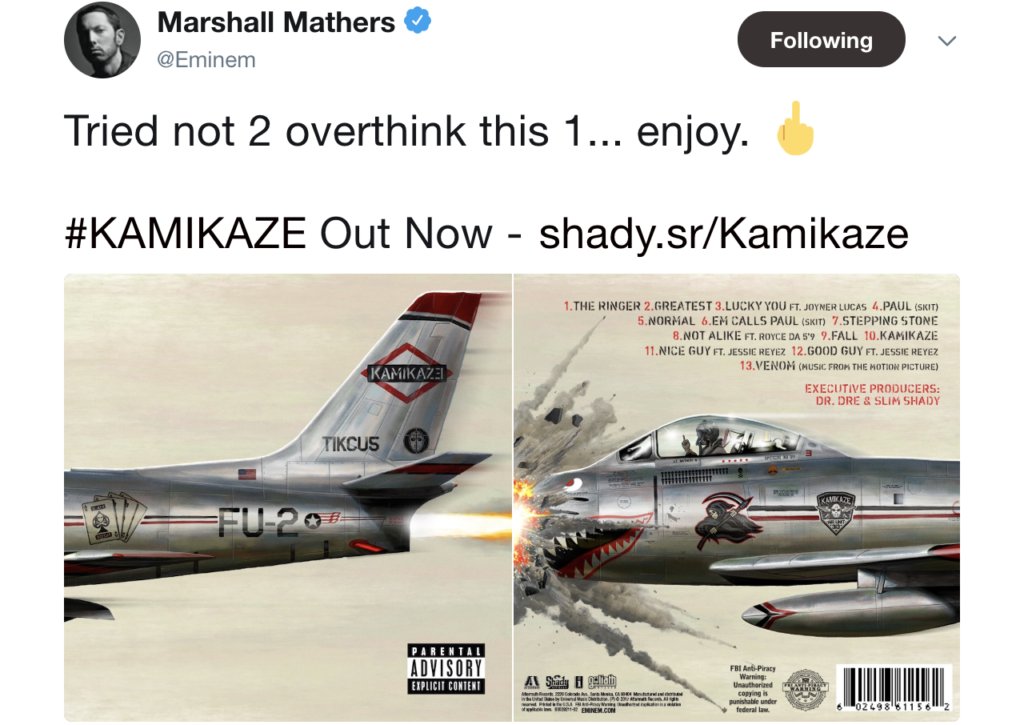 The artwork for Kamikaze apes the illustration of the jet rudder and stabilizer from the cover of Beastie Boys’ ‘80s hit Licensed to Ill. The flipside has the jet crashing on impact. “Tried not 2 overthink this…enjoy,” Em tweeted.

Produced by Dr. Dre and Marshall Mathers (aka Slim Shady), Kamikaze (Aftermath/Shady Records/Interscope Records) is Eminem’s 10th studio set and the followup to 2017’s Revival, which hit No. 1 on the Billboard 200.