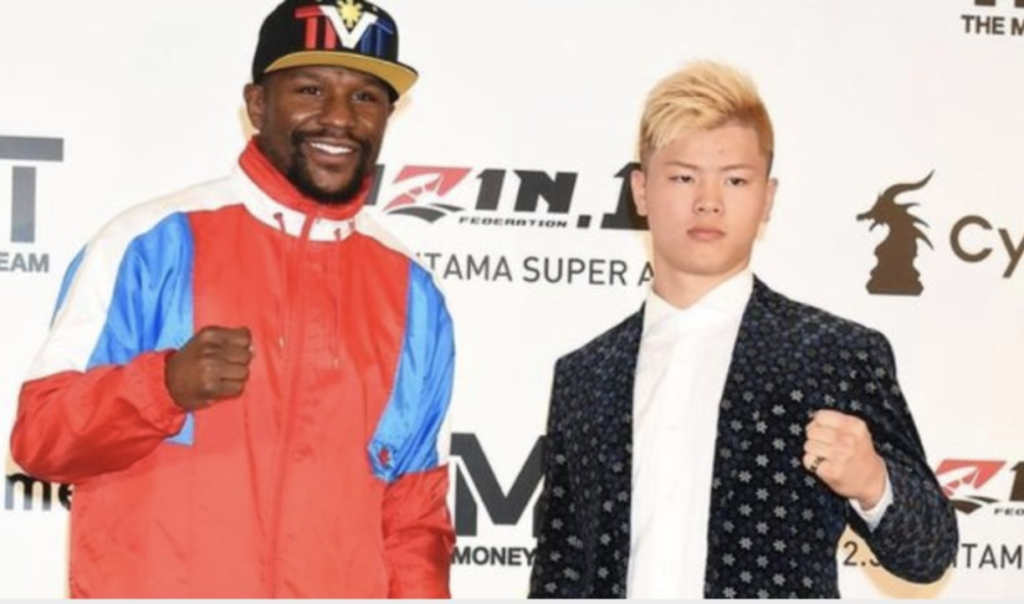 For Some Strange Reason Mayweather is Fighting This Guy

Boxer Floyd Mayweather will fight kickboxer Tenshin Nasukawa in Japan on 31 December, after signing a deal with a mixed martial arts company.

He has talked recently about potential fights with the UFC’s Khabib Nurmagomedov and boxer Manny Pacquiao.

The format and rules for his fight with Nasukawa are yet to be decided.

“I wanted to do something different,” said the 41-year-old American, who has not fought since coming out of retirement to face McGregor.

“I wanted to display my skills outside the US and be in a special fight. I want to give the people what they want – blood, sweat and tears.”

Mayweather said the weight class and rules for the fight would be discussed “within the next couple of weeks”.

Japan’s Nasukawa, 20, competes in the RIZIN Fighting Federation, the company Mayweather has signed with, in both kickboxing and mixed martial arts.

“It was a surprise offer but I accepted without hesitation,” said Nasukawa, who has a 27-0 record in kickboxing and a 4-0 record in MMA.

“It’s the biggest moment in my life and I want to be the man who changes history. I’ll do that with these fists, with one punch – just watch.”