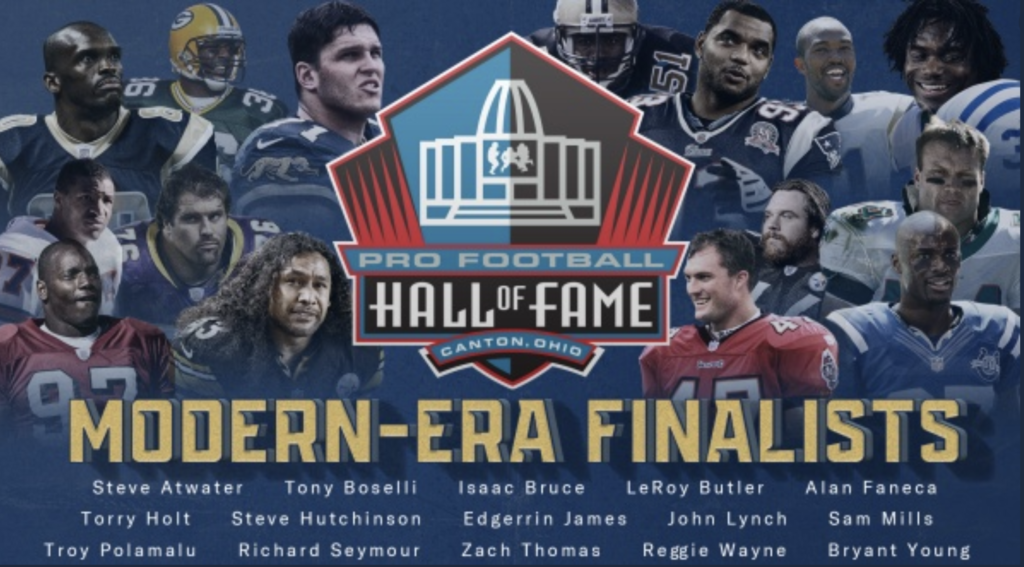 Get The Gold Jackets Ready

Reggie Wayne and Troy Polamalu are among 15 finalists for the Pro Football Hall of Fame’s modern-day 2020 class.

These 15 will be considered for selection on Feb. 1 in Miami. A player must receiver 80% of votes from the selection committee. A maximum of five modern-day players can be chosen.

For the first time this year, the Hall of Fame also is adding 10 senior candidates, three contributors and two coaches to be inducted in the Canton, Ohio, shrine in August. That is a special selection in celebration of the NFL’s 100th season.

Lynch, now the general manager of the San Francisco 49ers, is a finalist for the seventh time. Faneca is a fifth-time finalist, while Boselli, Bruce and James are in their fourth year making the finals. Atwater and Hutchinson have done so three times, Seymour twice.

The class of 2020 will be introduced during NFL Honors, when The Associated Press announces its NFL individual awards winners, on the evening of Feb. 1 on Fox.

The entire 20-person class of 2020 will be on hand for the enshrinement week in Canton. Modern-era players along with contributors and coaches will be formally enshrined on Saturday, Aug. 8. The 10 seniors will have their own inductions the week of Sept. 16-19.