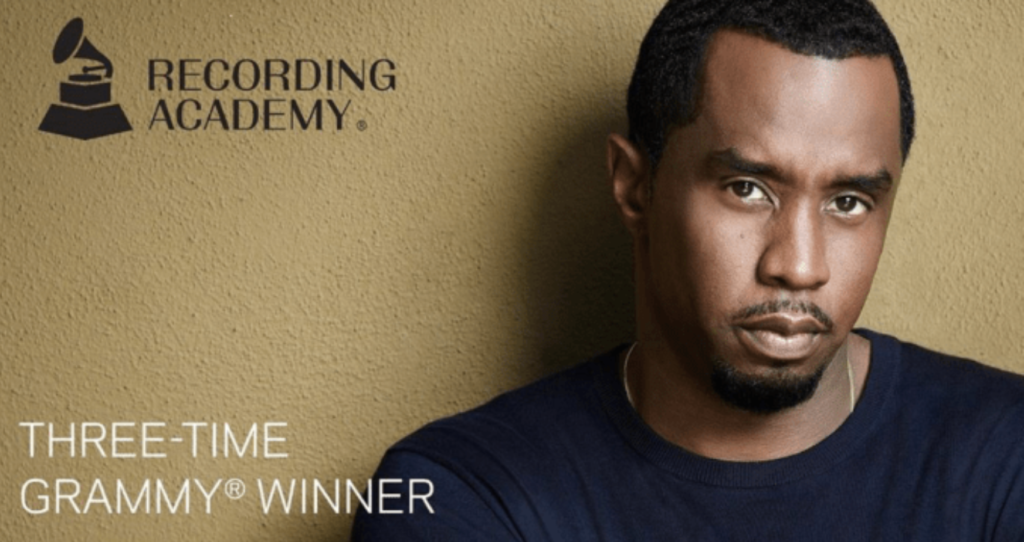 Grammys Will Honor An Icon This Year

Sean “Diddy” Combs, the hip-hop mogul and pioneering, chart-topping rap artist, will be honored with the 2020 Grammy Salute to Industry Icons award during the annual pre-Grammys party next month.

Combs will be feted during the pre-Grammy Gala on Saturday, Jan. 25, 2020, the evening prior to the 62nd annual Grammy Awards.

“It’s personally so gratifying that Sean ‘Puffy’ Combs is this year’s icon. He fully deserves this wonderful recognition,” said Clive Davis, co-host of the pre-Grammy Gala. “From his past innovative and creative contributions right from the very inception of the hip-hop revolution, to his many memorable appearances at the pre-Grammy Gala as both speaker and performer, it’s all come full circle. I couldn’t be happier for Sean as a dear friend and colleague.”

Adds Deborah Dugan, president/CEO of the Recording Academy: “For nearly three decades, Diddy has fused his boundless creativity and sharp entrepreneurial spirit to create timeless art and build brands and institutions that have shifted our global music culture.”

By bringing the music and lifestyle of East Coast hip-hop into the mainstream, notes Dugan, Combs “was an early reminder of music’s unifying ability to flip our perceptions and broaden our connections to all corners of the world. Over the years, Diddy has persistently empowered other music creators and we’re honored to celebrate his culture-shaping impact at this year’s Pre-Grammy Gala.”

Combs seems to have the Midas Touch with hip-hop. His label Bad Boy has landed at least 70 albums on the Billboard 200 and more than 100 songs on the Hot 100. His empire spans clothing, beverages, philanthropic work, political activism and film and TV assets, including the cable network Revolt that he launched in 2013.

As a recording artist, Combs bagged a string of hits (many under the moniker Puff Daddy), with five No. 1s on the Billboard Hot 100 and 15 top 10s.

This year, his career was recognized with induction into Billboard’s R&B/Hip-Hop power Players Hall of Fame, alongside Andre “Dr. Dre” Young.

“Clive Davis and Arista Records gave me a chance when I was starting Bad Boy Records, he was one of the first industry executives to really believe in me. I’m forever grateful for him,” said Combs in a statement. “To be honored at this year’s pre-Grammy Gala and receive the Industry Icons Award is truly a blessing.”