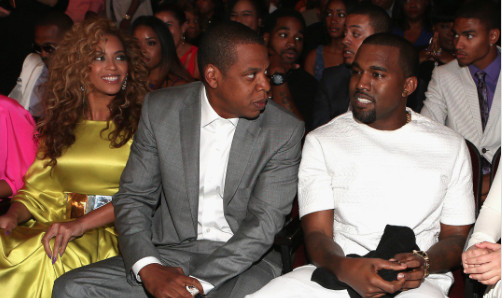 The 39-year-old rapper reportedly performed three songs before going off on a rant about his friends Beyonce and Jay Z.

“Beyonce, I was hurt! Cause I heard that you said you wouldn’t perform unless you won Video of the Year over me, and over ‘Hotline Bling,’” Kanyesaid. “In my opinion—now, don’t go trying to diss Beyonce, she is great. Taylor Swift is great. We are all great people, we are all equal. But sometimes, we be playing the politics too much and forgetting who we are—just to win. F-ck winning! F-ck looking cool!”