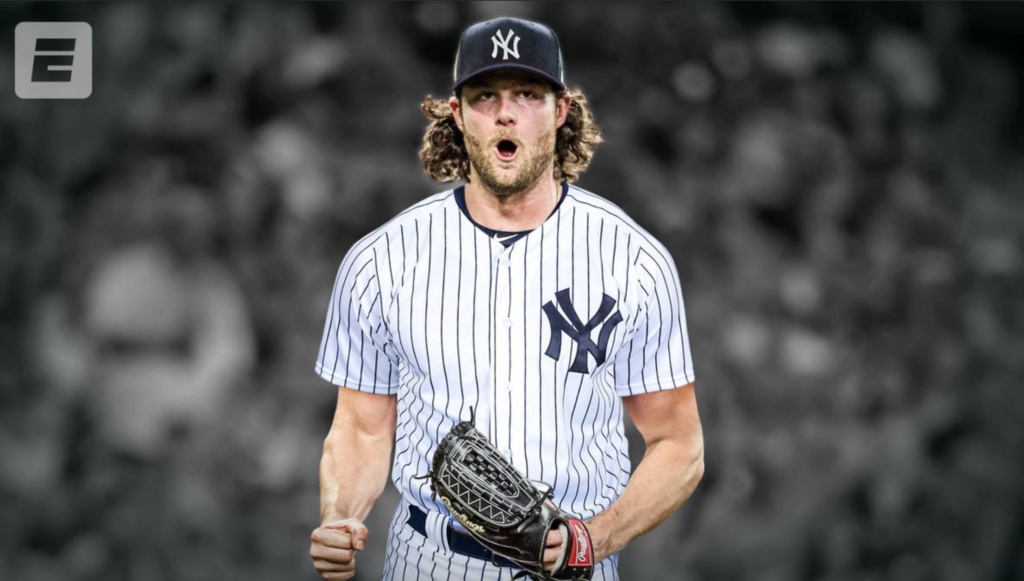 I Knew I should Of Played Baseball

The pact includes a full no-trade clause, according to Feinsand, and establishes new high marks in terms of total contract value for a free-agent starting pitcher and average annual value for any free agent ($36 million per year). Cole’s deal surpasses the seven-year, $245 million agreement that right-hander Stephen Strasburg signed with the Nationals on Monday. Cole can opt out after the fifth year of the deal, per Feinsand.

Since Cole received a qualifying offer, the Astros will receive a pick after Competitive Balance Round B, and the Yankees will lose their second- and fifth-highest selections, as well as $1 million from their international bonus pool for the upcoming signing period. Houston’s pick, at the moment, is No. 74 overall, though that will most likely change with subsequent signings/compensations.

“Obviously when you are talking about a player at the level of Gerrit Cole, in a lot of ways, that’s a game-changing type talent,” Yankees manager Aaron Boone said earlier on Tuesday.

New York is believed to have outbid the Angels and Dodgers for Cole’s services. In a news conference held earlier on Tuesday, agent Scott Boras added two “mystery teams” to the mix. Those clubs were believed to be the Astros and Giants, though neither proved to be a stumbling block as general manager Brian Cashman secured his top target of the offseason.

“We wouldn’t be having the dialogues we’re having if we didn’t believe in the player and his ability to compete at the highest level in Major League Baseball,” Cashman said prior to the agreement.

When the 29-year-old Cole tries on the interlocking “NY” cap for the first time at his introductory press conference, it will complete a circuitous route to the Bronx for the Southern California-born righty.

The Yankees made Cole their first-round selection (28th overall) in the 2008 MLB Draft, only to see him honor his commitment to UCLA. Selected first overall by the Pirates in ’11, Cole reached the Majors with Pittsburgh in ’13. He was 59-42 with a 3.50 ERA in 127 starts during his time with the Bucs, including selection as a ’15 National League All-Star.

With the Pirates dangling Cole to interested clubs during the 2017-18 offseason, Cashman again attempted to bring Cole to New York. Cashman balked at including third baseman Miguel Andujar in negotiations, and Pittsburgh ultimately agreed to a four-player package from the Astros.

Cole was 35-10 with a 2.68 ERA in 65 starts for Houston over the past two seasons, earning selection as an American League All-Star both years. He finished second to teammate Justin Verlander in AL Cy Young Award balloting this past season, leading the Majors with 326 strikeouts and a 185 ERA+ while finishing 20-5 with a league-leading 2.50 ERA in 33 starts.

Cole grew up a Yankees fan in Angels territory, so the Bombers attempted to tug on his nostalgia for the franchise during a visit prior to the Winter Meetings, inviting former pitcher Andy Pettitte to accompany a group that included Cashman, assistant general manager Mike Fishman, Boone and pitching coach Matt Blake.

“I feel like his make-up is really special,” Boone said. “This is a guy that’s really hungry, really driven. He understands who he is.”