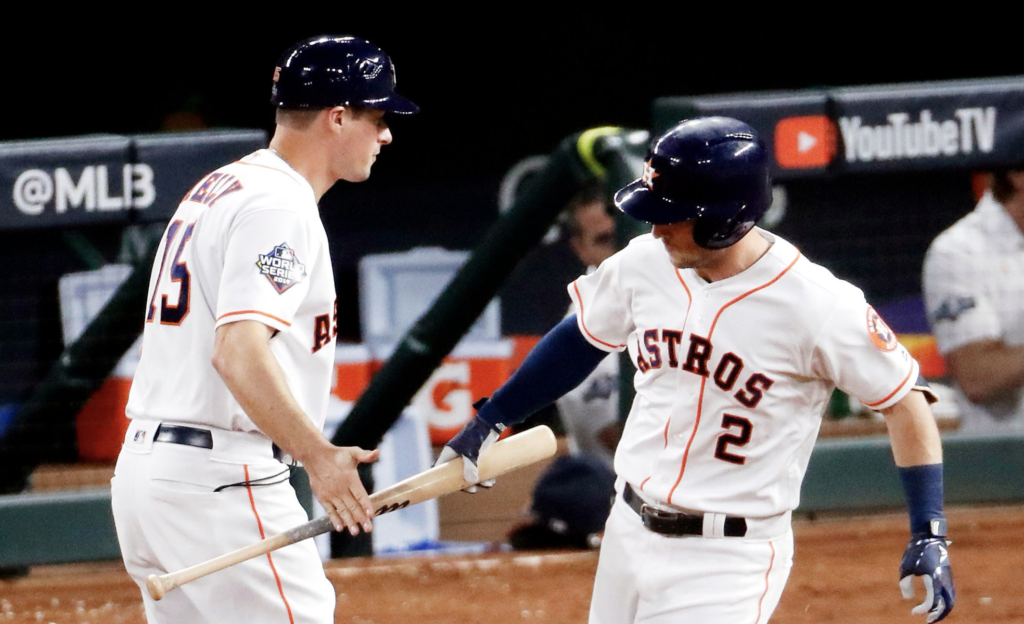 If You Don’t Like It, Don’t Give Up A Homerun

Alex Bregman knocked a home run into the Crawford Boxes in the first inning of Game 6 of the World Series on Tuesday night to put Houston on top.

Then he carried his bat with him all the way to first base.

After the Washington Nationals rallied for a 7-2 win to force a Game 7, the star third baseman spent most of his postgame interview apologizing for the move .

“I just let my emotions get the best of me and I’m sorry for doing that,” he said.

Adam Eaton hit a solo homer off Justin Verlander with one out in the fifth to tie it before Juan Soto launched a pitch into the second deck to give the Nationals the lead. Then the 21-year-old phenom mimicked Bregman by taking his bat with him before throwing it down at first base, just as Bregman had done four innings earlier.

What did Bregman think about that?

“I deserved it,” he said. “It was my fault and I apologize for doing it. I shouldn’t have done it.”

Manager AJ Hinch weighed in on the bat-carrying antics of both players.

Though not a hit with Hinch, many fans and others on social media enjoyed the unconventional celebration and lauded Bregman for having fun.

Despite that, Bregman lamented getting caught up in the moment and wanted everyone to know that he regretted what he’d done.

“It’s not what I’m about,” he said. “I want to play team baseball and try and help this team win. And I just got too excited, and I apologize to their team, my teammates, everybody and I just want to come out and try to help this team win a game tomorrow.”