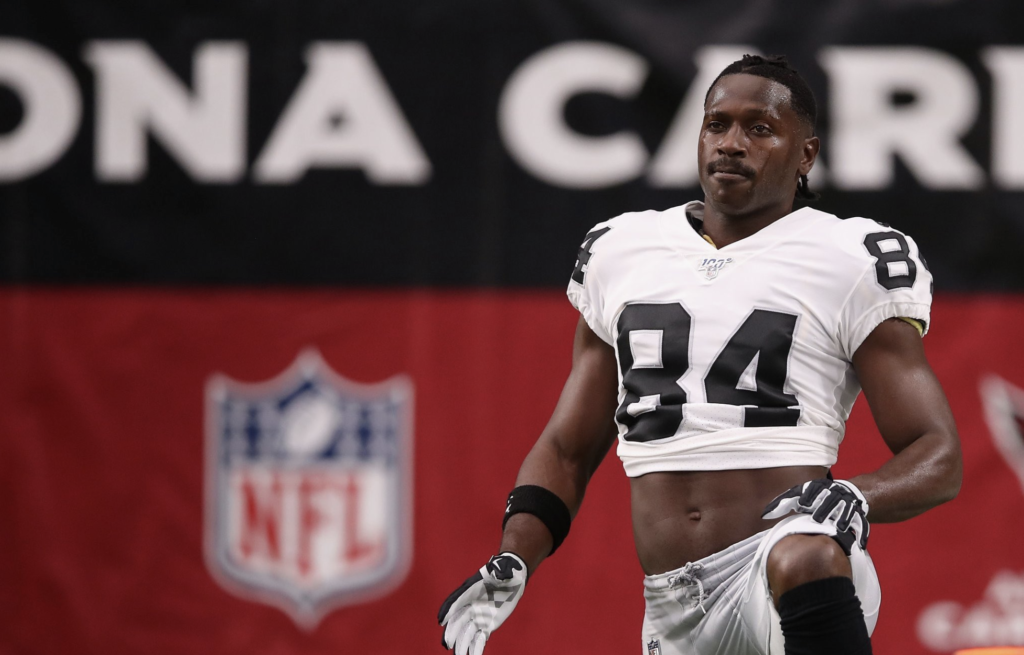 I’m Sure The Raiders Want A Refund

The length of the suspension was not immediately known, as the Raiders are still weighing their options, sources tell Schefter.

There are some within the Raiders who want the organization to move on from the mercurial Brown, according to Schefter, and sources around the league believe that the team could suspend him with the idea of trying to void the $30.125 million guaranteed in his contract.

The confrontation, according to Schefter, stemmed from Brown’s Instagram post Wednesday in which he displayed a letter from Mayock that detailed $54,000 in fines for missing time during training camp.

Mayock told reporters that Brown was not at the facility Thursday and would not be practicing. He did not confirm or deny that Brown will be suspended.

Coach Jon Gruden also wouldn’t divulge any specifics, saying after practice that the Raiders would “have an official announcement later” and was asked if he saw the alleged incident between Brown and Mayock.

“Like I said, I’m not going to get into all of this,” Gruden said. “Obviously, he wasn’t here today, and when we have some information for you, we’ll give it to you. … I’ve been talking about the same guy every day.

“… I’m emotional about it, I hope you understand why. I think a lot of this guy. I think Antonio is a great receiver, and deep down I think he’s a really good guy. So, I’m frustrated, I’m not going to say anything more about it, hope it all works out. But I don’t have anything official to say about anything else until I get all the facts, and that’s what I’m going to do.”

Brown was listed as a non-participant for Thursday’s practice.

Gruden said the Raiders must prepare for the possibility of playing Monday night’s season opener against the Denver Broncos without him.

“Yeah, and we’ve been doing that,” Gruden said. “Obviously, you’ve been at training camp, I think for the last four weeks, we have been practicing without him and preparing to play. No matter who’s injured, you have to adapt. Unfortunately, we had to adapt again today, but we’re really excited about our receiving corps.

“… I’m gonna keep my fingers crossed, and I’m just gonna say to you: I’m really excited about the guys that we do have, and we’ll do the best we can.”

Brown’s agent, Drew Rosenhaus, told ESPN’s Rob Demovsky at Chicago’s Soldier Field that he has been in contact with Oakland officials and that his client wants to play for the Raiders in their season opener Monday night.

“Nothing’s been finalized. I’m not aware of any final decisions. Just trying to get back on track at this point. The team asked Antonio to stay home today, and obviously, we want him to get back to work. We’re trying to get through that right now.”

Rosenhaus remains optimistic the relationship between Brown and the Raiders can be salvaged.

“That is something that I’m working on, Antonio’s working on,” Rosenhaus said. “So, hopefully, we’re successful with that moving forward.”

In the letter, Mayock informed Brown that he was being fined $13,950 for missing a walk-through on Aug. 22, an unexcused absence. The letter also mentions the team previously had fined Brown $40,000 for missing camp on Aug. 18 — the day the GM issued his ultimatum to Brown, saying, “It’s time for him to be all-in or all-out, OK?”

The Raiders had yet to announce anything official regarding a potential suspension, though there was confusion in the facility, according to sources. According to the NFL’s collective bargaining agreement, a player can be suspended a maximum of four weeks for conduct detrimental to the team.

On Wednesday, an agitated Brown did not stretch with the team during warm-ups but then joined the receivers group for individual drills. Even then, he took plays off, which was unusual for Brown, whose hard-charging practice habits are well-known.

After catching one pass from quarterback Derek Carr, Brown jogged toward the end zone and fired the football into the fence.

Brown also was overheard barking at a strength and conditioning coach before the media window closed on practice.

He declined to speak in the locker room after practice Wednesday, saying he would talk Thursday.

It has been an adventurous offseason for Brown and the Raiders, who parted with third- and fifth-round picks to acquire the receiver from the Pittsburgh Steelers in March and gave him a three-year, $30.125 million extension. After he showed up to training camp with frostbite on the bottoms of both feet from a cryotherapy treatment mishap in France, he left camp for two weeks while seeking therapy, which included laser treatment.

Brown also was upset at the NFL for not allowing him to use his 10-year-old Schutt Air Advantage helmet because it did not pass safety standards. And after returning to the team, he took off again for a day after losing a grievance over the issue. That was on Aug, 18, the day Mayock issued his ultimatum.

While many in the front office wondered whether Brown could be trusted after his second departure, he seemed to be on his best behavior of late, even as he skipped out on a mandatory walk-through the morning of the Raiders’ exhibition in Winnipeg, Manitoba, on Aug. 22.

Brown and Carr put on shows in pre-exhibition drills in Arizona and Winnipeg.

The letter from Mayock, which many saw as more of a warning against future behavior than an actual attempt to recoup money, seemed to set Brown off, and the team has to wonder whether Brown will ever play for the Raiders.

The news of Brown’s impending suspension had an impact at Caesars Sportsbook. The Broncos now are a 2-point favorite at Caesars; the spread had been a pick ’em before news of the suspension. The total also dropped a point to 42.5.