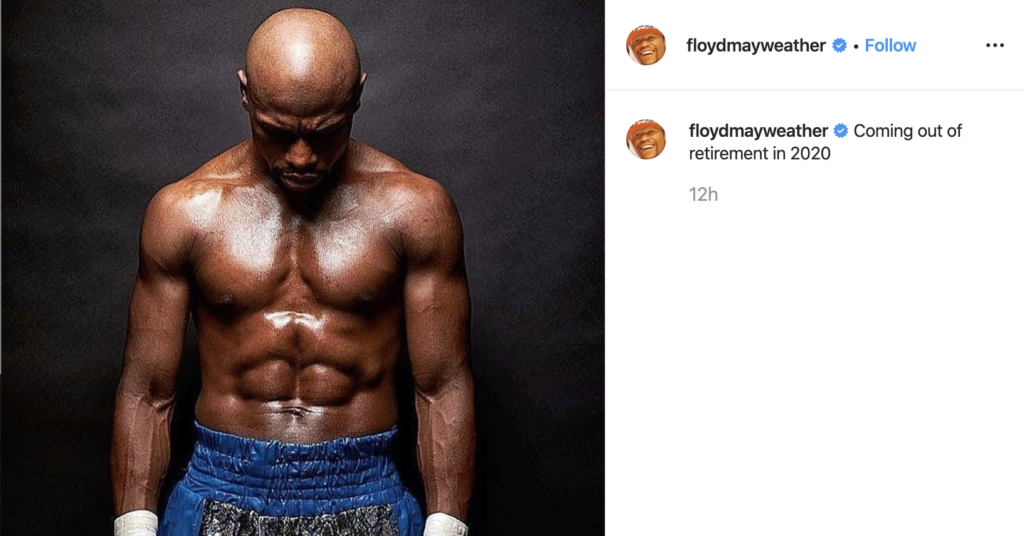 Is Floyd Serious or Trolling For Likes?

Floyd Mayweather hinted he is not quite done with his fighting career in an Instagram post on Thursday.

He also indicated the next step would be in collaboration with UFC in another post.

“Dana White and I working together again to bring the world another spectacular event in 2020,” the caption read.

The post comes just days after seemingly confirming his retirement in an interview with Rory Carroll of Reuters.

“I’ve got calls to get back into the ring, but my health is my wealth,” Mayweather said. “Boxing is a very, very brutal sport. In the last few years a lot of fighters have died inside that squared circle.”

“You have got to know when to hang it up. I had a great career,” he added.

The 42-year-old has returned from retirement in the past, most notably to take on UFC star Conor McGregor in 2017. However, he hasn’t competed professionally since that win as he became 50-0 for his career.

With the possibility of make a switch to mixed martial arts, we could be looking at a potential McGregor rematch, with this one coming in the Octagon.