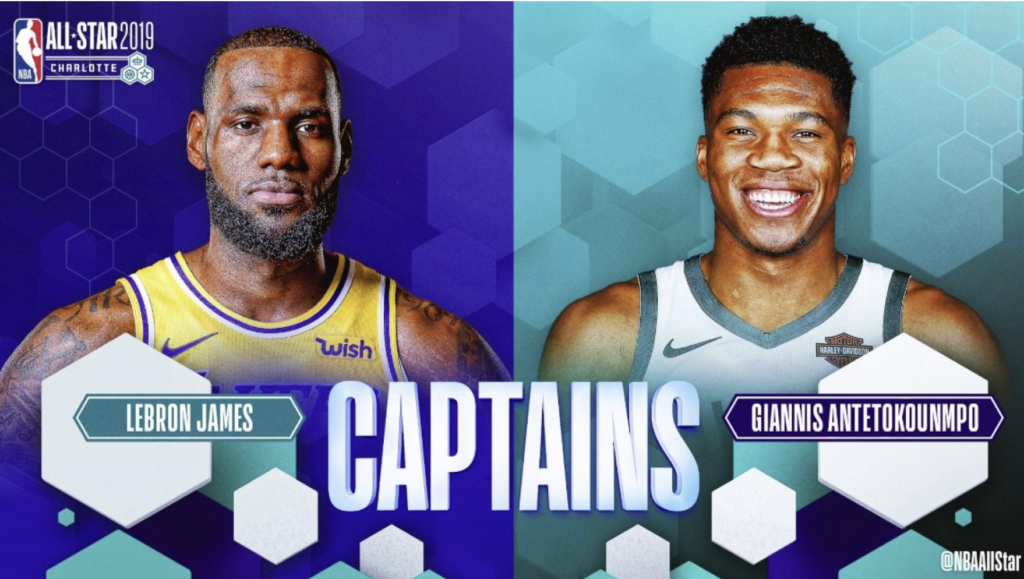 Is This the Past vs The Future?

The Los Angeles Lakers’ LeBron James and the Milwaukee Bucks’ Giannis Antetokounmpo lead the list of 10 players – two guards and three frontcourt players from each conference – selected by fans, current NBA players and a media panel to start in the 2019 NBA All-Star Game.

As the All-Star starters who led their respective conferences in fan votes during NBA All-Star Voting 2019 presented by Google, James and Antetokounmpo will serve as team captains and draft the All-Star Game rosters from the pool of players voted as starters and reserves in each conference.

The starters were announced tonight by TNT during the TNT NBA Tip-Off presented by Autotrader pregame show.  TNT will unveil the reserves (seven players from each conference), as selected by NBA head coaches, on Thursday, Jan. 31 during TNT NBA Tip-Off at 7 p.m. ET.

The 2019 NBA All-Star Game, featuring Team LeBron vs. Team Giannis, will take place on Sunday, Feb. 17 at 8 p.m. ET at Spectrum Center in Charlotte, N.C.  TNT and ESPN Radio will air the game live in the United States.  NBA All-Star 2019 will reach fans in more than 200 countries and territories in more than 40 languages.