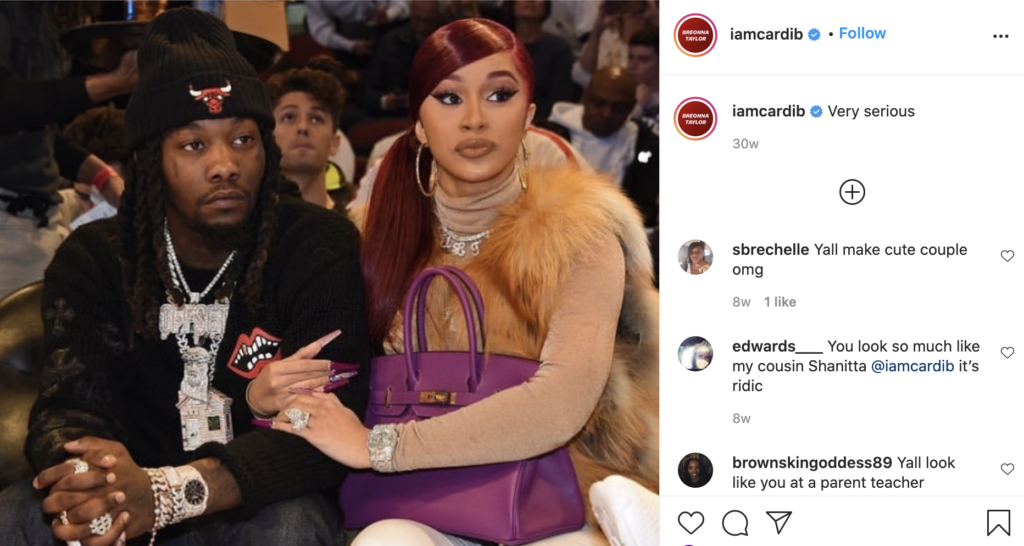 It Was Fun While It Lasted

Bring that bucket and a mop: “WAP” rapper Cardi B is wiping away her marriage to Migos rapper Offset.

Cardi B, real name Belcalis Almanzar, filed a divorce petition in Atlanta Tuesday after nearly three years of marriage, according to a Fulton County court filing reviewed by The Times.

A hearing in the case is scheduled for Nov. 4.

The Grammy-winning rapper, 27, stated she is currently separated from her husband, the marriage is “irretrievably broken” and “there are no prospects for a reconciliation,” People and TMZ reported.

She is seeking primary physical and legal custody of their 2-year-old daughter, Kulture, and wants Offset, real name Kiari Cephus, to pay child support and for her legal expenses.

It’s unclear if Cardi B also wants spousal support or if she had a prenuptial agreement in place, given that her petition also asks for “an equitable division of all marital assets.”

The history-making “Bodak Yellow” emcee kept her union to Offset private for about a year, only confirming the long-standing rumors after their marriage certificate leaked in June 2018. They secretly wed in September 2017 and welcomed Kulture in July 2018.

They’ve run hot and cold for years amid cheating allegations, public apologies and Offset infamously pleading for her to take him back during her set at Rolling Loud in December 2018.

The “Hustlers” actress has publicly threatened divorce before but has also fiercely and unapologetically defended their relationship.

The hip-hop stars have never shied away from NSFW public displays of affection on social media or even on the 2019 Grammys red carpet. Offset featured heavily in Cardi B‘s Instagram Stories and was referenced in “WAP,” her graphic hit duet with Megan Thee Stallion.