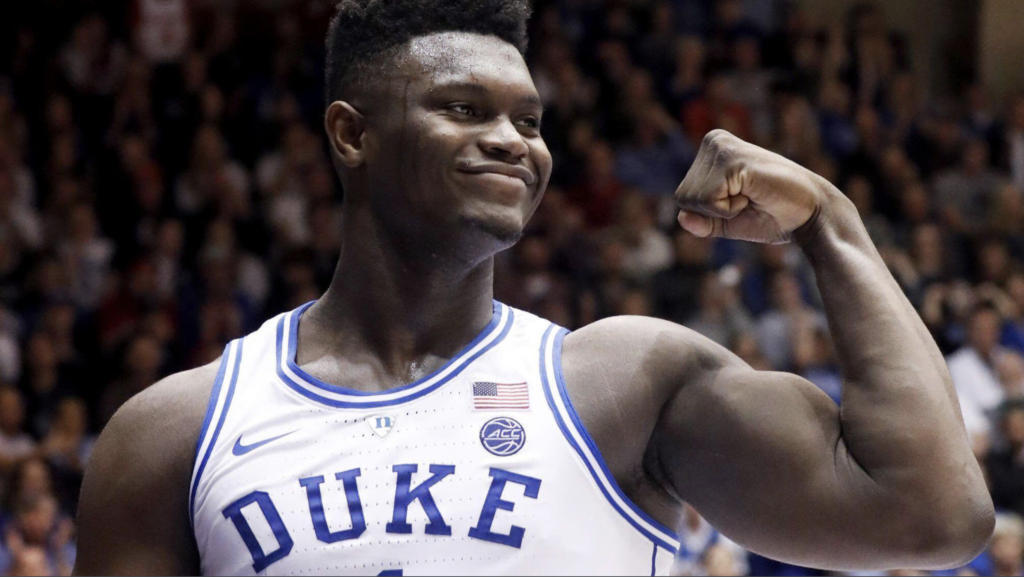 It Will Cost Super Bowl Prices To See Zion Play

Well, it’ll cost you the price of a Super Bowl ticket to see the game, at least.

If you’re interested in squeezing into Cameron Indoor Stadium to watch the first installment of the legendary rivalry in 2019, you’ll have to spend $2,500, the price of the cheapest available ticket. That’s just shy of the $2,674 you would have paid on Jan. 27 for the cheapest available ticket to the Feb. 3 Super Bowl, per Kyle Zorn, a marketing strategist for secondary ticket seller TickPick.

One ticket to this week’s UNC-Duke game sold for $10,652, per Vivid Seats. Zorn said there is only one other athlete who is comparable to Williamson and his impact on ticket prices: LeBron James after he signed with the Los Angeles Lakers last summer.

“As far as Duke this year, I haven’t seen anything like this,” Zorn said.

The presence of Williamson, the likely No. 1 pick in June’s NBA draft, and projected top-five picks RJ Barrett and Cam Reddish has added more pop to the premier rivalry game in college basketball.

“Zion is a different bird. No question about that,” Tar Heels coach Roy Williams said Tuesday. “We tried to recruit him very, very hard. He’s got a combination of skill set that I’ve never seen before. There is a lot of attention but he deserves it. He’s backed it up.

“I said today, somebody took exception, in a lot of ways this is the most gifted Duke team in the 16 years I’ve been back [in North Carolina].”

Some tickets for last season’s national title game between Villanova and Michigan were as low as $67. Per Vivid Seats, the average price to attend a North Carolina home game is $70 this season, but the average price for the March 9 rematch against Duke is already at $991.

Zorn said the comparable ticket prices for Wednesday’s UNC-Duke game (9 p.m., ESPN) were set about a week before the Super Bowl at Mercedes-Benz Stadium in Atlanta, and the venue size for Wednesday’s game — Cameron Indoor Arena’s capacity is 9,314 — is a significant factor in the skyrocketing prices.

Duke, the No. 1 team in America, will face No. 8 North Carolina in the 46th matchup between the two programs with both ranked in the top 10. Duke has won 23 such matchups and North Carolina has won 22, per ESPN Stats & Information.

“Between Zion Williamson, a No. 1 ranking and this being one of the biggest rivalries in sports, there’s intense demand,” Zorn said. “There’s also a limited supply of inventory, which is having a major effect on price. Cameron Indoor Stadium has 13 percent the seating capacity of Mercedes-Benz Stadium. When you factor in that the floor seating is reserved for students, you’re left with a short supply — and massive demand.”