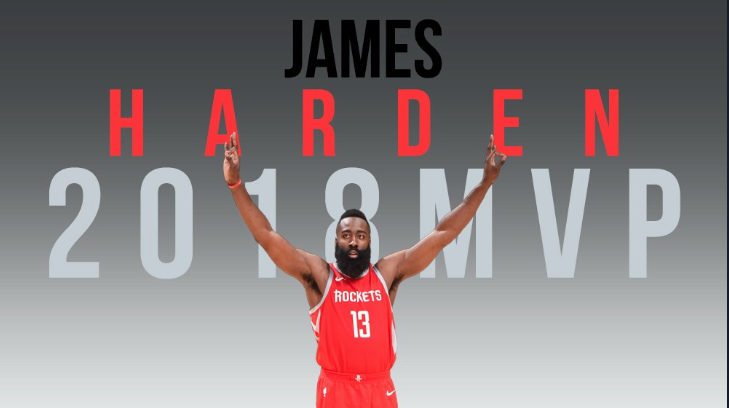 The MVP is the first for Harden, who finished second in voting to Oklahoma City Thunder guard Russell Westbrook in 2017.

Harden led the league in scoring with 30.4 points per game while guiding the Rockets to the NBA’s best regular-season record. He also averaged 8.8 assists, 5.4 rebounds and 1.8 steals while hitting 36.7 percent of his 3-point shots for a team that set the NBA record for most 3-pointers made in a single season.

The Rockets lost a tough seven-game series to the eventual champion Golden State Warriors in the Western Conference finals, but were statistically one of the best offenses in NBA history with Harden as the lynchpin.

James, a four-time MVP, finished behind Harden after a remarkable season that saw the 15-year veteran play in all 82 regular season games for the first time in his career. James averaged 27.5 points, 9.1 assists, 8.4 rebounds, 1.4 steals and 0.9 blocks on a team that finished fourth in the Eastern Conference before eventually making the NBA Finals.

Davis was also a finalist for the award after leading the Pelicans to the Western Conference’s six seed and their first playoff appearance since 2015. Davis averaged 28.1 points, 11.1 rebounds, 2.6 blocks, 1.5 steals and 2.3 assists and shone down the stretch after an Achilles injury knocked fellow All-Star DeMarcus Cousins out for the season. The Pelicans thrived despite the Cousins injury, a testament to Davis’ value.