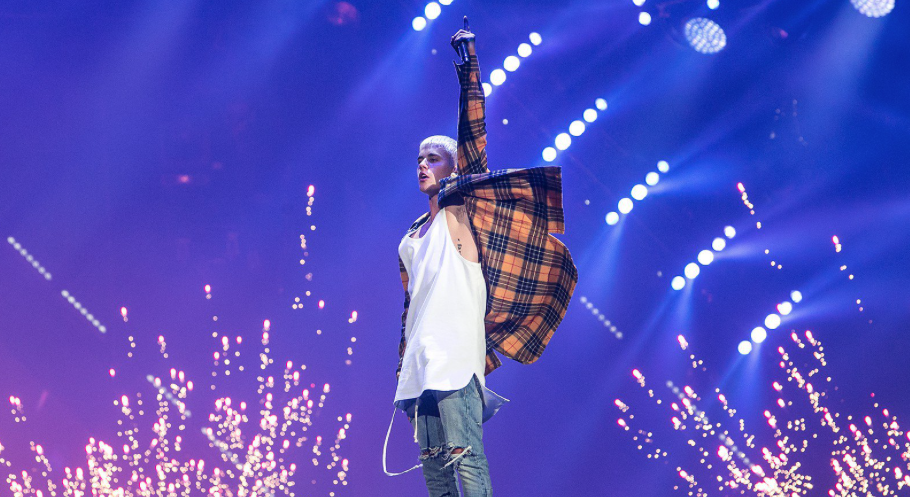 Justin Bieber edged out Lady Gaga as biggest winner on Sunday at the MTV Europe Music Awards in Rotterdam, taking home three awards on the strength of support from his fans – the “Beliebers”.

Bieber, who was nominated in five categories, won for “Biggest (Most) Fans”, “Best Canadian Act”, and “Best Song” for “Sorry”.

Gaga, who is on tour in Japan, won for “Best Female” and “Best Look”.

American funk revivalist Bruno Mars kicked off the show with his first big-stage performance of 24K Magic, the follow-up to his smash 2014 hit Uptown Funk.

“Show time! Show time! Guess who’s back again?” Mars sang, showing off disco moves that were synched with lights on the stage floor.

Veteran U.S. act Green Day gave the night a political tinge, closing it out with their signature 2004 song “American Idiot”, their protest against the Bush administration, calling for people to ignore propaganda and think for themselves.

On the red carpet before the show, lead singer Billy Joe Armstrong said U.S. politics were “an American heart attack right now”, and that “the big thing is to get the right kind of liberal brain inside the Supreme Court”.

Green Day also performed “Bang Bang” from their new album “Never Too Old”, and were honored with a “Global Icon” – career achievement – award.

Other big names who won but did not perform on Sunday included Coldplay for “Best Rock” and Drake for “Best Hip Hop”.

Beyoncé, who, along with Bieber had been nominated in five categories, won nothing.

Canadian R&B star The Weeknd won for “Best Video” with “Starboy”, featuring Daft Punk, and he performed the gloomy, pulsing number live, emerging from a star-covered dome on center stage.

Canadian Shawn Mendes, a favorite with the many teenage girls in the audience, won in the “Best Male” category and played a piano rendition of his ballad “Mercy”. He dedicated the win to his mother, saying it was her birthday.

European artists featured heavily in the performances, with Dutch DJ Martin Garrix performing “In the Name of Love” together with the show’s American host, Bebe Rexha.

exha, who went through 15 different outfits during the evening, also performed the live debut of her single, “I’ve Got U”.

Garrix won in the “Best Electronic” and “Best World Stage”, or past MTV performance, categories.

Honored as “Best New Act,” Swedish teen Zara Larsson performed a medley of her biggest hits, “Lush Life” and “Ain’t My Fault” in an all-white suit with thigh-high boots reminiscent of ABBA.

The awards themselves were colored purple, in honor of Prince, who died in April.