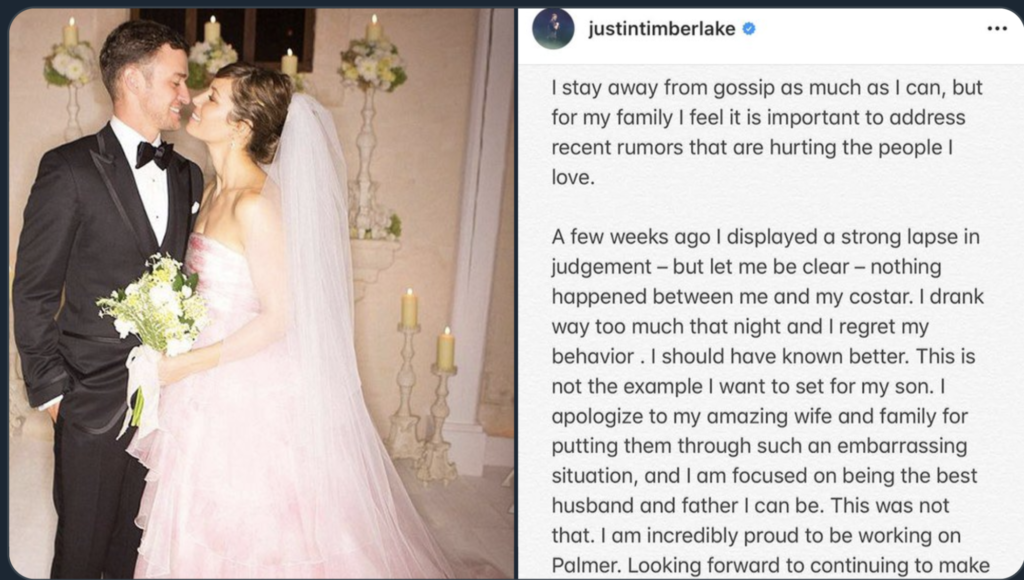 Justin Timberlake has publicly apologized to his actress-wife Jessica Biel days after he was seen holding hands with the co-star of his upcoming movie.

The pop star and actor wrote Wednesday on Instagram that he prefers to “stay away from gossip as much as I can, but for my family I feel it is important to address recent rumors that are hurting the people I love.”

He then wrote that in the photos and video that went viral last month of him and actress Alisha Wainwright at a New Orleans bar, he “displayed a strong lapse in judgment — but let me be clear — nothing happened between me and my costar.”

Timberlake says he “drank way too much that night and I regret my behavior. I should have known better. This is not the example I want to set for my son.”

The 38-year-old Timberlake is filming the movie “Palmer” with Wainwright in New Orleans. He married Biel in 2012 and they have a son, four-year-old Silas.

Timberlake says that he’s sorry to his “amazing wife and family for putting them through such an embarrassing situation, and I am focused on being the best husband and father I can be. This was not that.”