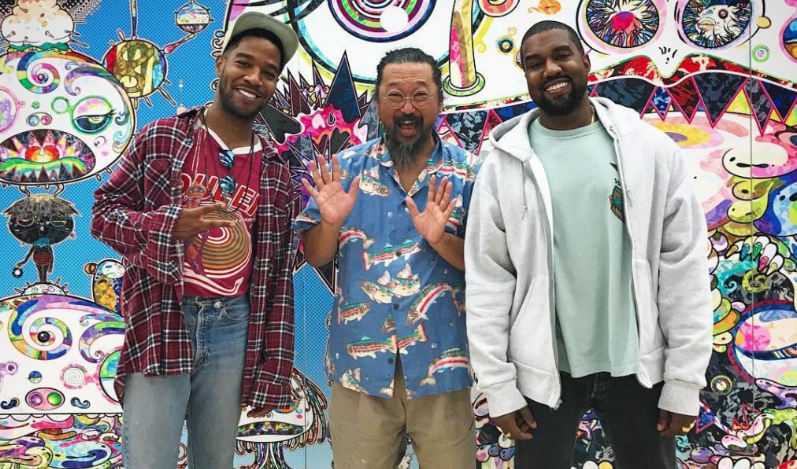 This is one of the big projects ‘Ye announced upon his return to Twitter in April. But it was initially teased back in 2017, when it was reported ‘Ye and Cudi were putting together a secret album in Japan. Like Kanye’s Ye album and Pusha-T’s Daytona LP before it, KSG holds seven songs, which has been a polarizing stat for some fans. Nevertheless, the seven-song set that features Pusha-T, Ty Dolla $ign and Yasiin Bey is welcomed parcel.

The Virginia rapper appears on the album’s fifth track, “Feel the Love,” while Ty Dolla makes an appearance on the sequel to Ye’s “Ghost Town” track, “Freeee (Ghost Town Pt. 2).”

Kanye and Cudder, who was once a G.O.O.D. Music artist, have a storied past that has had its ups and downs. It’s good to see them back rocking out.

The album artwork features a piece created by Tokyo-based artist Takashi Murakami. West teased some similar album-related art last month, but the final product came out slightly different. West and Murasaki previously worked together on the cover art for Graduation. He also directed the video for the Graduation single, “Good Morning.”

Fans can also expect a short film to accompany the album that was shot by Dexter Navy who has previously worked with the likes of A$AP Rocky, A Chal and more.