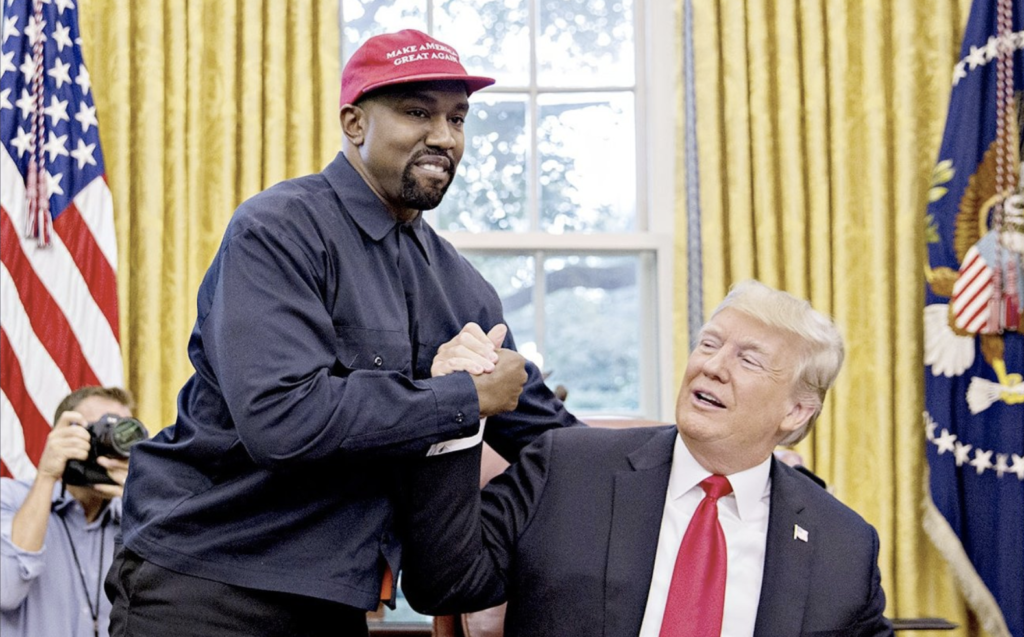 Just when you think things couldn’t get any weirder in Election 2020: Kanye West says he’s running for president.

The rapper, businessman, record producer, and social activist who once spoke of launching a presidential campaign for 2024, made his “announcement” about this year in a cryptic tweet on Saturday – though experts are unsure how seriously to take West’s proclamation, assuming he could even get on state ballots at this point.

“We must now realize the promise of America by trusting God, unifying our vision and building our future,” West said. “I am running for president of the United States.”

So far, however, there is no evidence West has a campaign organization, nor is there any indication he has filed papers with the Federal Election Commission just four months before the Nov. 3 election.

The filing deadlines for independent presidential candidates in many states have either passed or are coming up soon. Qualifying deadlines have passed in Texas, North Carolina, New York, Maine, New Mexico and Indiana.The last deadlines are in early September, just two months away, and candidates have to get thousands of people to sign petitions in each state in order to get on a ballot.

West would have to clear procedural hurdles to get on the ballot on any state, and with little or no organization. If he makes the ballot in only a few states – still a big if – he could conceivably take black votes away from Democrat Joe Biden to the benefit of President Donald Trump.

West, who has often injected himself into the political arena, has said both nice and critical things about Trump.

In October 2018, West attended an Oval Office meeting with Trump for a group discussion of criminal justice reform.

It turned into one of the most unusual events in White House history.

In an extended riff that ranged from racism and tax breaks to the need for more art and mental health programs, West at one point told reporters: “You are tasting a fine wine. … It has complex notes to it.”

As for the president, West said: “Trump is on his hero’s journey right now. And he might not have expected to have a crazy m—– f—– like Kanye West run up and support, but best believe we are going to make America great.”

West’s latest claim that he may challenge Trump and Democratic challenger Joe Biden did draw some support on social media.

Tesla CEO Elon Musk, who supported Andrew Yang during the Democratic primaries, tweeted at Kanye that “you have my full support!”

The singer’s spouse, Kim Kardashian West, re-tweeted her husband’s declaration along the with the image of an American flag.

West’s candidacy, if it comes to pass, could conceivably help Trump in his re-election bid, analysts said.

Pollster Frank Luntz said that West could be a threat to take votes, particularly African American votes, from presumptive Democratic nominee Biden – but only if West gets on enough state ballots.

“I find it impossible to believe that he will be in this race more than a month or two,” Luntz said. “And everyone energized because of Kanye will end up back with Biden.”

Luntz noted that, back in 2000, another “famous guy” – Ralph Nader – appeared to take just enough away votes from Al Gore to enable George W. Bush to squeeze to victory in Florida (after a still-disputed recount).

“I don’t find Kanye serious,” Luntz said, “but I find his potential electoral impact serious if he still on the ballot in November.”

Political analyst Stuart Rothenberg, said polling on Kanye would be required to see “whether anybody takes him seriously” as a legitimate candidate.

“But how does he get on state ballots?” Rothenberg said. “How does he put together a campaign? What are his motives – is he trying to help Trump in attracting certain voters?”

Rachel Bitecofer, election forecaster and senior fellow at the Niskanen Center, said a serious West candidacy would “not be an insignificant threat” to the Biden campaign. “Celebrity is a major asset,” she said, adding that even if West doesn’t appear on ballots, he has the money and fame to mount a legitimate write-in campaign.

“Then you don’t need ballot access. He’s got his own fortune, his wife’s fortunate and obviously support from Elon Musk, who’s a multi-billionaire,” she said.

Bitecofer said young voters, particularly under 24 years old, would be the most likely drawn to the “celebrity effect” and vote for West. That could include young Black voters. Bitecofer said the Trump campaign would have “an incentive” to promote West’s candidacy as a write-in to peel off potential votes from Biden.

“Let’s say he was serious and he put time, effort and money into this effort then it could potentially siphon off votes from Biden,” she said, and perhaps some votes from Trump as well. “It really would be dependent on that amount of effort. If it’s just a joke then obviously it’s not going to have that much of an effect.

“If I was on the Biden campaign today and this came across last night, I would definitely see it as a serious threat and one that I would want to avoid,” she said.