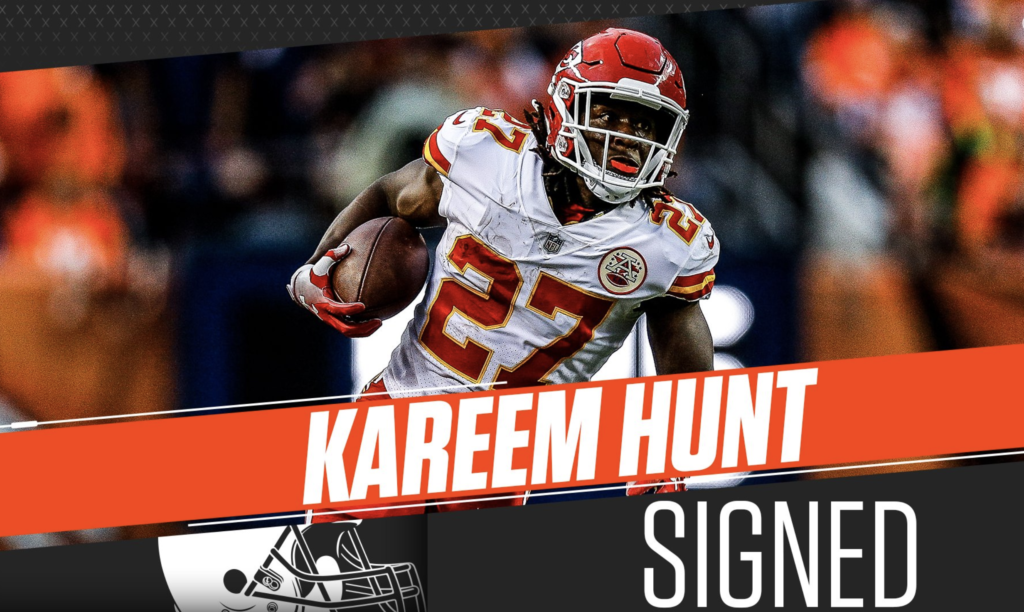 Kareem Hunt Signs With the Browns. What Now?

The Cleveland Browns’ controversial move of hiring Kareem Hunt before the NFL’s investigation into the running back shoving and kicking a woman during an altercation last year concludes brings with it more questions than answers.

One of those lingering football-related queries is what the addition to the backfield means for the other players currently on the roster. Nick Chubb obviously earned the lead-role duties with his brilliant play down the stretch last season. Hunt could cut into that workload but likely shouldn’t siphon off too much of the ground action.

Where the addition could alter roles is in the passing game, with Hunt potentially supplanting pass-catching back Duke Johnson. At this point, Browns general manager John Dorsey isn’t indicating he’s moving on from the chess-piece running back he gave a new three-year contract extension to last offseason.

“I think Duke Johnson is a good football player,” Dorsey said Monday. “What it does is you have three very quality, really four quality individuals. You have three veterans in there now. I don’t think it makes him expendable yet. You have to go back and research and see moving forward what’s best for the organization.”

Johnson is due $1.8 million in 2019. The Browns would save a meager $800,000 on the cap with $2.25 million in dead money if they cut the back. In other words, it makes little fiscal sense for Dorsey to cut Johnson this season.

With Hunt expected to be suspended at least a good chunk of the season, the signing shouldn’t shuffle the Browns’ backfield much out of the gate, keeping Johnson in his role. Once the suspension ends, then the Cleveland coaching staff can figure out how to maximize their talent.