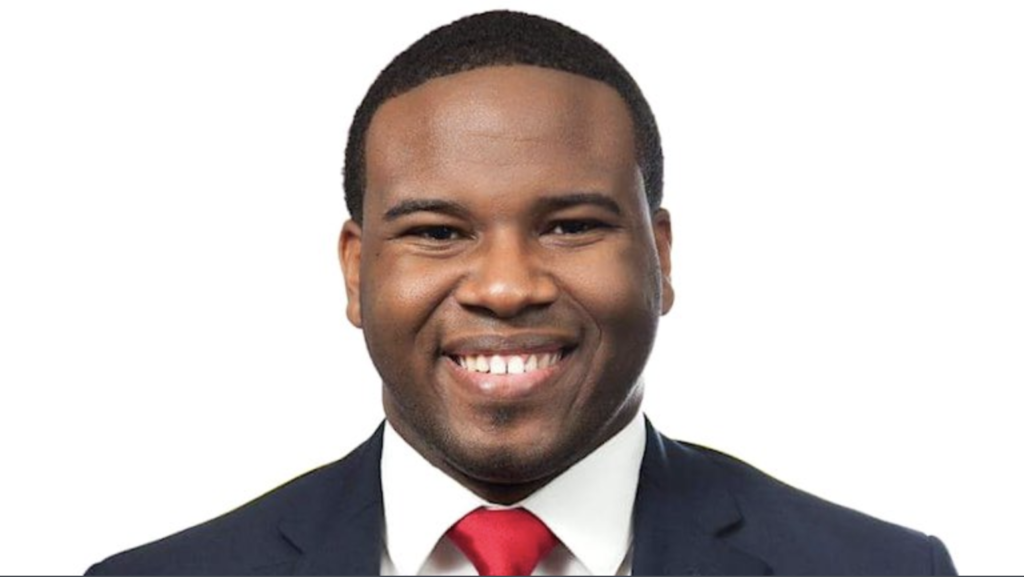 Killed By Police Officer After She Walks In Wrong Apt.

An off-duty Dallas police officer shot and killed a man after she walked into the wrong apartment in her building just south of Downtown Dallas.

The shooting happened around 10 p.m. Thursday. The officer had just finished her 12-hour shift and entered what she believed was her own apartment at the South Side Flats. The complex is near the department’s headquarters on Lamar Avenue.

However, it was not the right apartment. The officer ran into a man who she didn’t recognize and ended up shooting him. She called 911 afterward, police said.

Responding officers found Botham Shem Jean, 26, badly wounded. He was taken to the hospital and died a short time later.

People who live nearby said they got a notification about the shooting on the app Nextdoor. They can’t believe what happened.

“I was sitting in my apartment, I heard a single gunshot followed by the commotion. Yelling. Kind of running. Couldn’t tell exactly what it was,” said neighbor Alyssa Kinsey. “I jumped up, went to my door, looked out the peephole. I didn’t see anything, but I could hear a female calling 911 at that point.”

During a press conference, Dallas Police Chief Rene Hall asked the community and the media for patience and cooperation.

“Right now there are more questions than we have answers,” she said. “We understand the concerns of this community and that is why we are working as vigorously and as meticulously as we can to ensure the integrity of this case.”

DPD cut the news conference with the chief short when reporters still had a lot of questions.

Chief Hall said in the interest of being as transparent as possible, she has invited the Texas Rangers to take over the investigation. So far, they have drawn the officer’s blood to test for alcohol or drugs and they are in the process of getting a warrant for manslaughter.

Police will not identify the female officer until she has been formally charged. However, Chief Hall did confirm she is a white patrol officer. The officer has not been interviewed and was not detained. She was allowed to leave since a warrant has not been formally issued yet.

There are still a lot of questions about the events leading up to the shooting. Police would not say whether the officer fired her weapon because she thought Jean was an intruder or for some other reason. It’s also not clear how she got into the wrong apartment.

Botham Jean was a native of Saint Lucia who graduated from Harding University in Arkansas. He worked for PricewaterhouseCoopers, a multinational audit and consulting firm with offices in Downtown Dallas.

“This is a terrible tragedy. Botham Jean was a member of the PwC family in our Dallas office and we are simply heartbroken to hear of his death,” the company said in a statement.

Jean was extremely involved in his church. His Dallas West Church of Christ family say you could always find the man up on stage singing. He was a member of the church for the last two years where he touched many lives.

Church Elder Sammie Berry and his daughter, Jessica, knew Jean to be a man of God and was always ready to be of service. His innocence in all of this has struck a chord with many people in the community. He sang in the choir and taught bible study.

Sammie spoke to Jean’s mother and sister as they were preparing to board a plane to Dallas.

“I could not believe the strength that they were able to show me and displaying in that phone conversation,” Sammie said. “But that just let me know they have very strong faith.”

Sammie says while there are still many unanswered questions surrounding Jean’s death, his mother is asking the community to lift them up in prayer.

“Let’s find out what happened,” he said. “Let’s get all of the facts before we react based upon incorrect information. I think that’s what the family would say.”

Former classmates from Harding University told the ChristianChronicle.org that he was known for his deep faith and his beautiful singing voice.

Harding University President Bruce McLarty shared fond memories of him after learning of his death. The university said he frequently led worship and chapel services on campus.

Chief Hall said she has been in contact with Jean’s family and offered her condolences.

“We have reassured them that we are working diligently and that we have invited an outside agency to investigate this,” she said.

The police department has been overwhelmed with calls from around the country about the shooting.

Pastor Bryan Carter from Concord Church attended the news conference. He says the swift actions by Chief Hall will help stem the anger people are feeling.

“Seeing the transparency that’s already taken place and seeing a warrant has already been issued — these kinds of things help build credibility with us,” the pastor said.

Councilman Scott Griggs tweeted that Jean “was killed under very suspicious circumstances. The DPD officer should have already been arrested.”

Councilman Phillip Kingston posted before the news of the manslaughter charge that “It really, really seems like the end of this story should have been an arrest. I’m confused.”

A small group staged a peaceful protest Friday afternoon at DPD headquarters demanding that the officer who shot Jean.  It was organized by Mothers Against Police Brutality.

Some protesters carried signs with the names of other black men who have also been killed by police.

“We had a young man who was murdered in his own home by a police officer. And so that police officer needs to be prosecuted. In my opinion, manslaughter is unacceptable,” said demonstrator Diane Ragesdale. “Clearly, we need to let Chief Hall know that while we wish her well, we must hold her accountable also.”