It was a Klay Thompson take-over in the Golden State Warriors 142-106 win against the Indiana Pacers. Thompson was on fire scoring a career-high 60 points making him the first player to score 60 points since Kobe Bryant did it against the jazz on the final night of the 2015-16 season.  Thompson now joins Knicks forward Carmelo Anthony and Cavaliers forward LeBron James as the only active players to score 60 in a game.

We don’t know if the fans or the team cheered more during the historic game but the Internet had an immediate and clear reaction! 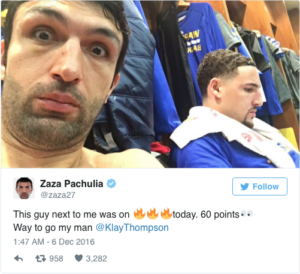 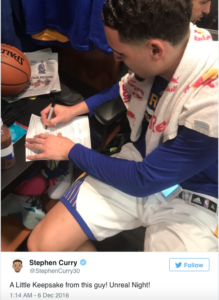 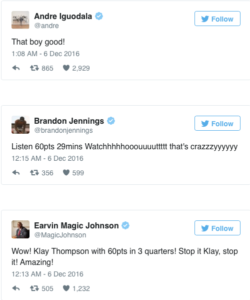