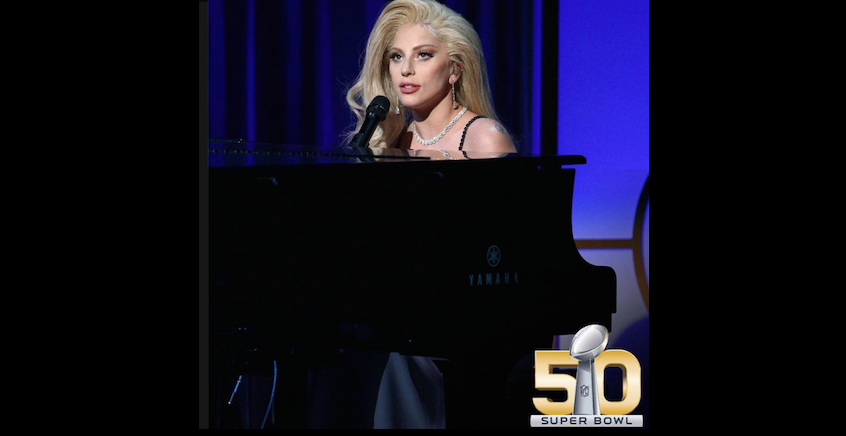 Lady Gaga is Opening for Superbowl 50

Lady Gaga is set to sing the national anthem at the Super Bowl on Sunday.

The NFL told The Associated Press on Tuesday that Gaga will sing “The Star-Spangled Banner” at Levi’s Stadium in Santa Clara, California, where the Carolina Panthers will take on the Denver Broncos.

Super Bowl 50 will air on CBS, and halftime show performers include Coldplay and Beyonce.

Gaga’s upcoming performance during the Super Bowl is another notch in her belt: She won a Golden Globe for her role in “American Horror Story: Hotel” last month and she’s nominated for best original song at the Academy Awards on Feb. 28 with “Til It Happens to You,” the song she wrote with Diane Warren for the sexual assault documentary, “The Hunting Ground.” The song is also nominated for a Grammy at the Feb. 15 awards show, where Gaga will pay tribute to David Bowie with a performance.

Last year, Gaga wowed audiences at the Oscars when she paid tribute to “The Sound of Music” with a show-stopping performance. She won her sixth Grammy for her collaborative jazz album with Tony Bennett, and she was named woman of the year by Billboard.