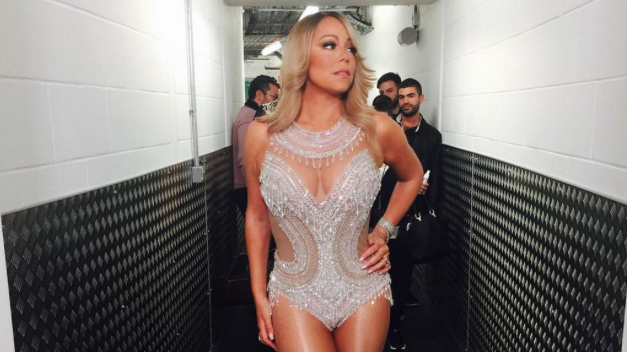 Welcome to the world of Mariah Carey! The 5-time Grammy Award winner is giving fans an intimate and up-close-and personal look inside her life as she begins her “Sweet Sweet Fantasy” European tour, plans upcoming nuptials to Australian business mogul James Packer and launches a new vodka all while raising twins Monroe and Moroccan.

“I’m excited to bring my fans into my life for the next journey I’m about to embark on,” the 45-year-old Carey said in a press release. “I’m already having so much fun with this documentary and I know you will too. There is nothing like capturing these moments.”

“Mariah is one of the most captivating pop superstars of our time and one of the rare artists whose first name alone is instantly recognized around the globe.  We’re excited to partner with Bunim/Murray Productions, Mariah and Stella Bulochnikov to offer our viewers exclusive access into her private world,” said Jeff Olde, Executive Vice President, Programming & Development, E! “The series will present a unique, vulnerable and surprisingly humorous side to Mariah that her fans have never before seen while showcasing her unparalleled celebrity lifestyle filled with true glamour, maximum luxury and ultimate stardom.”

The eight episode docu-series, entitled “Mariah’s World” will air globally across E!’s 17 international channels reaching 153 countries in 24 languages. A release date has not been announced.