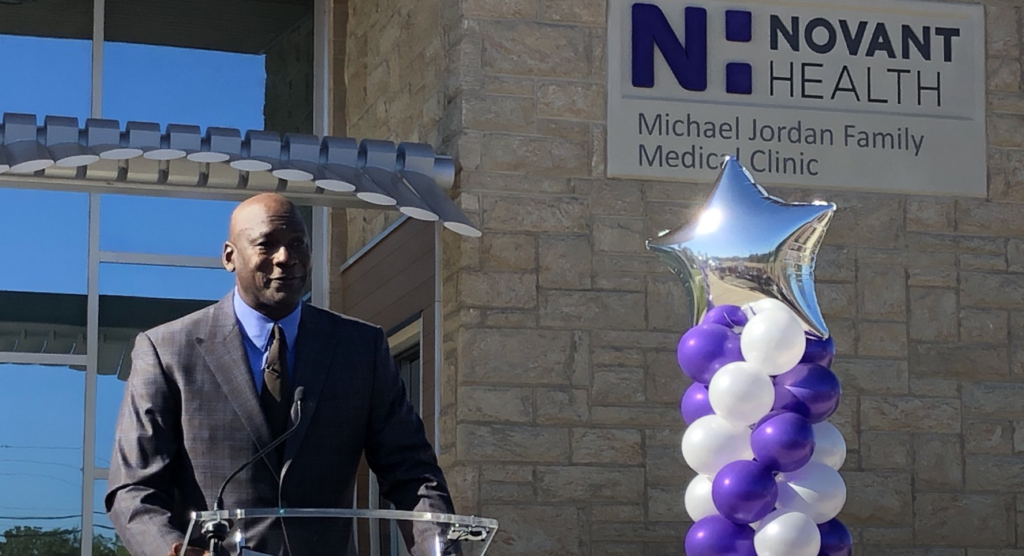 Michael Jordan is wiping away tears as he explains why he opened a health clinic in west CLT. He says this community made him & providing quality healthcare to the residents of West Charlotte is key. MJ says money isn’t the issue for him, he wants to give back. @wcnc pic.twitter.com/qAbqC8F9EW

Underprivileged members of the Charlotte community are receiving two new medical clinics, and they have Michael Jordan to thank.

The Charlotte Hornets owner unveiled the first of the two health-care centers at the grand opening of the Novant Health Michael Jordan Family Medical Clinic on Thursday. Jordan became visibly emotional during his speech.

“This is a very emotional thing for me to be able to give back to a community that has supported me over the years,” the six-time NBA champion said while tears streamed down his cheeks.

Jordan announced the $7 million gift, which will provide access to primary and preventive care to individuals, including the uninsured, in 2017. The center is located in a lower-income section of the city.

“This is just the start of a battle of being able to touch as many people as we can,” Jordan said.