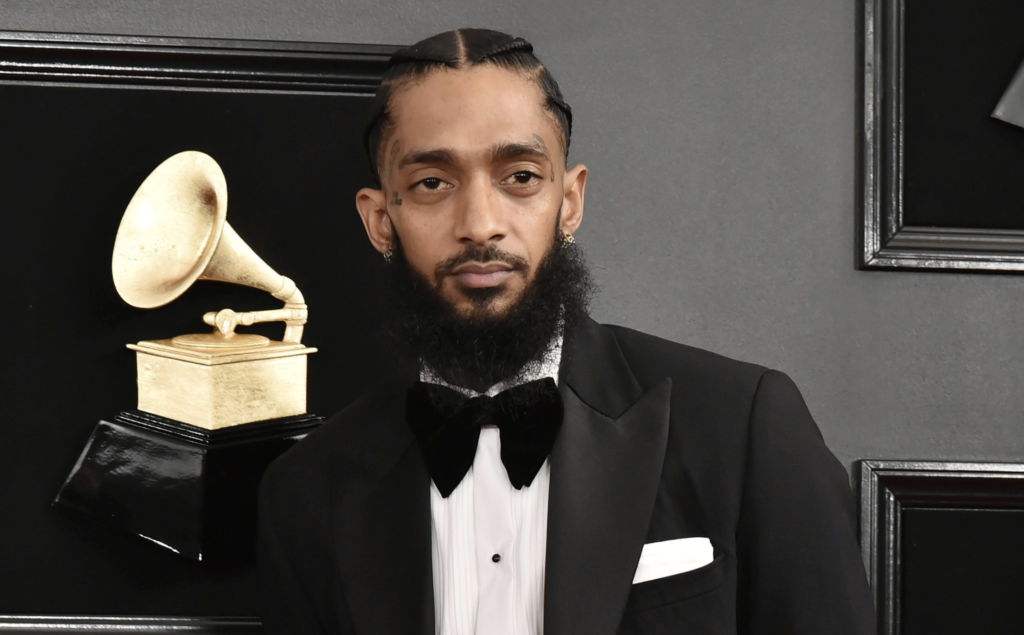 Law enforcement sources tell the Los Angeles Times, NBC News and TMZ that the 33-year-old rapper, whose real name is Ermias Asghedom, was shot multiple times Sunday outside his clothing company, called The Marathon Clothing, in South Los Angeles. TMZ was the first to report the shooting.

Los Angeles Police Officer Mike Lopez told USA TODAY three people were shot and one died. He said one person fled in a vehicle after the shooting.

Shortly before the shooting, the rapper tweeted, “Having strong enemies is a blessing.”

In a 2014 interview with Vlad TV, Hussle confirmed that he was part of the Rollin 60s Neighborhood Crips gang as a teen.‘

“I grew up in gang culture,” he told the LA Times in 2018. “We dealt with death, with murder. It was like living in a war zone, where people die on these blocks and everybody is a little bit immune to it. I guess they call it post-traumatic stress, when you have people that have been at war for such a long time. I think L.A. suffers from that because it’s not normal yet we embrace it like it is after a while.”

Recently, Hussle had developed an interest in technology and community development.

Hussle called Marathon Clothing a “smart store” because visitors could use an app while shopping. The LA Times said he was also involved in developing an open-air museum devoted to African-American artistic achievement, called Destination Crenshaw.

Hussle had a 2-year old son with his girlfriend, actress Lauren London, and a daughter.