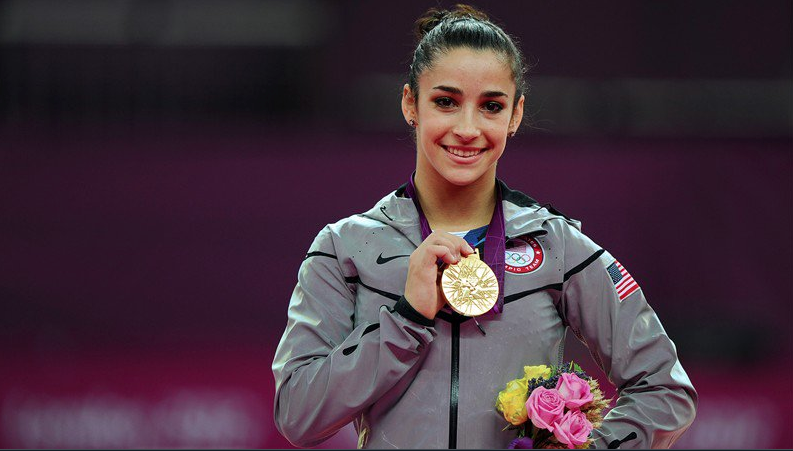 Nassar, the convicted child molester accused by more than 260 girls and women of sexual abuse, assaulted Raisman several times between 2010 and 2015, according to the lawsuit, including during the 2012 Summer Games in London, where Raisman won two gold medals and a bronze as a member of the team known as the “Fierce Five.” Raisman’s former teammates Simone Biles, Gabby Douglas and McKayla Maroney have also claimed abuse by Nassar, and Maroney has also sued the USOC and USA Gymnastics.

“It has become painfully clear that these organizations have no intention of properly addressing this problem,” Raisman said in a statement. “Without a solid understanding of how this happened, it is delusional to think sufficient changes can be implemented. Meanwhile, thousands of young athletes continue to train and compete every day in this same broken system.”

Officials with the USOC and USA Gymnastics were not immediately available for comment Friday morning.

Filed Thursday in state superior court in Santa Clara County, Calif., the lawsuit asserts Nassar prodded Raisman on her vagina with his bare hand and claimed he was providing legitimate therapy that would relieve pain, a method of abuse described by scores of other girls and women in public statements, police reports and lawsuits. Nassar, a 54-year-old former Michigan State University physician who volunteered his services for USA Gymnastics, is serving a 60-year federal prison term for child pornography crimes, and also faces a 40- to 175-year state sentence in Michigan for 10 sexual assault convictions.

In a statement, John Manly, Raisman’s attorney who also represents more than 100 Nassar accusers, asserted the USOC and USA Gymnastics led “a conspiracy to silence victims and cover-up the largest child sex abuse scandal in history.” Manly has previously made similar claims in public statements and lawsuits, but officials with the USOC and USA Gymnastics have repeatedly noted that USA Gymnastics reported Nassar to the FBI twice — in 2015 and again in 2016 — only doing so a second time out of concern of the glacial pace of the investigation.

USA Gymnastics has said it first became aware of concerns about Nassar in June 2015, conducted an internal investigation and reported Nassar to the FBI’s Indianapolis office five weeks later in July. The FBI’s investigation hit a standstill for reasons the bureau has never publicly explained, and in May 2016, then-USA Gymnastics chief executive Steve Penny contacted the FBI’s Los Angeles office and reported Nassar for a second time. Nassar was arrested in November 2016, after another victim filed a complaint with Michigan State police and then told her story to the Indianapolis Star.

The FBI has opened an internal review into its handling of the Nassar case, the Wall Street Journal reported Thursday.

The Nassar case, and the failure by organizations through which he accessed victims, is the subject of three congressional inquiries and law enforcement investigations in Michigan and Texas, home to the Karolyi Ranch outside Huntsville, where Team USA women gymnasts trained for years. USA Gymnastics canceled its relationship with the Karolyi Ranch in January, in the middle of the extraordinary seven-day sentencing hearing for Nassar in Lansing, Mich., where the emotional impact statements of more than 160 girls, women and parents galvanized national outrage over the case.