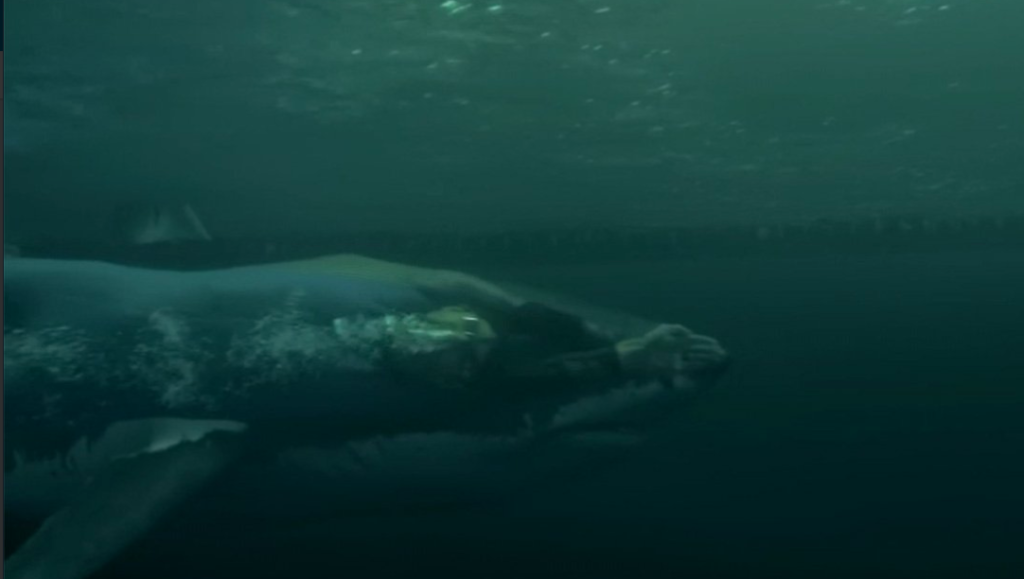 Social media users were tearing Michael Phelps to shreds for his “race” against a Great White shark on Sunday night — calling it a “scam” — after he chose to swim side-by-side with a simulation, instead of the real thing.

“Don’t say Phelps is racing a shark if you’re not going to put him against an actual shark,”
tweeted Breyanna Davis, who was one of countless viewers to get confused over the way the televised swimming competition went down.

“So you mean to tell me Michael Phelps didn’t even race a real shark? It was just a simulation. I’m mad. More like Shark WEAK!” said Frank Costa.

Those hoping to see the Olympic gold medalist swim side-by-side with the ocean’s most fearsome predator were sadly disappointed as Phelps and the Great White each took turns running the 100 meter race course at different times.

Researchers with the Discovery Channel first recorded the time of the shark, then let the 32-year-old swim by himself in the waters off the coast of South Africa — which to his credit, is a danger in itself.

During Phelps’ run, producers superimposed an image of the Great White on the other side of him to give the appearance of an actual, head-to-head swimming race.

While it ultimately helped keep the Olympian safe, the move didn’t sit well with viewers.

“I WAS EXPECTING MICHAEL PHELPS TO BE RACING NEXT TO A REAL LIVE WHITE SHARK,” tweeted Addie Ramsey. “IM REALLY UPSET RN.”

Gary Parrish wrote, “Turns out ‘Michael Phelps races a shark’ was really just “Michael Phelps swims alone and then compares his time to a shark’s time.’”

Meg Conley added, “Call me crazy but I thought they were gonna put Phelps up against a real shark not a simulation. I feel robbed.”

Though most people were upset, there were some who understood where Phelps was coming from.

Maddie Pass concluded, “Those of that thought @MichaelPhelps was going to be racing side-by-side a great white are seriously idiots.”