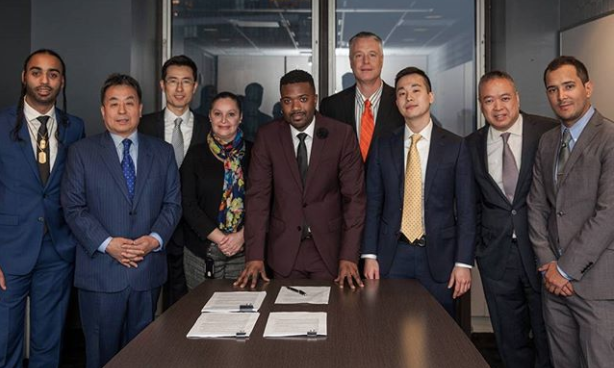 Ray J’s Raytroniks is getting a makeover, starting with a rebranding and a $31 million distribution deal.

The R&B artist-turned-TV personality launched the Los Angeles electric transportation startup — now officially known as Raycon — in 2016 and its initial product release, the foldable, two-wheeled Scoot-E-Bike was popularized in the electric vehicle market with help from fellow celebrities and influencers.

Taking steps to further develop his vision, the 36-year-old recently inked an exclusive deal with New York City-based leading distributor of consumer electronics, Cowboy Wholesale. The company will market the products through its global logistics and distribution channels within the United States, Asia and Europe, with Ray J acting as head of marketing and global branding strategy.

Aside from the capital the “One Wish” crooner is gaining by partnering with the wholesale firm, he will also have access to its world-class management team and board of advisers who have collectively sold over $1 billion in product, with past executive experience in companies like Sony, Coby Electronics and Pepsi.

Raycon plans to address the everyday needs of the urban technophile with innovative technology, focusing on impactful electric transportation designed and backed by celebrities. “The world is moving towards renewable green energy, and electric transportation is a big part of that,” he said in a statement. “With the Raycon movement, we are going to make sure we are one of the first ones there.”