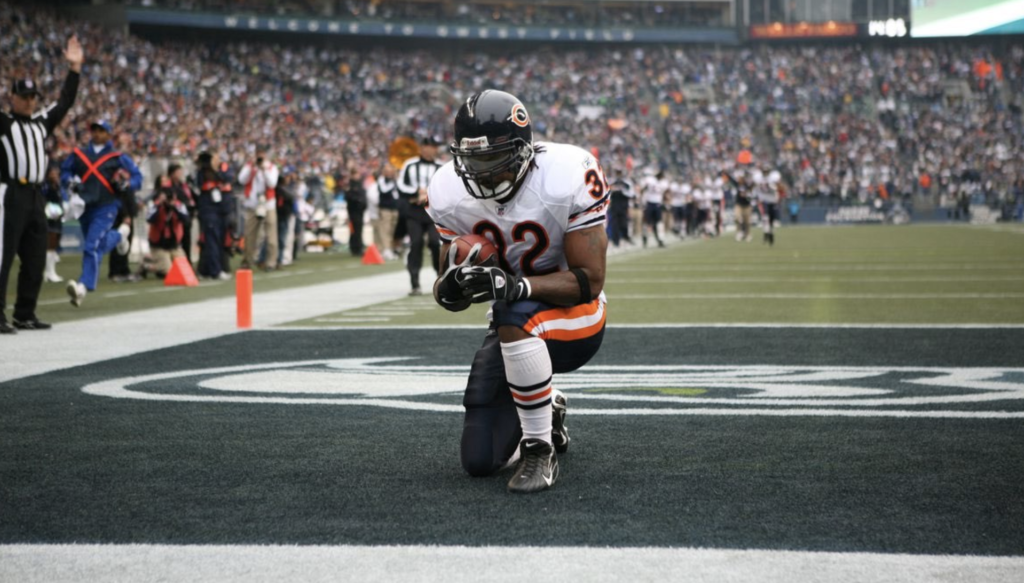 Former Bears running back Cedric Benson has died in a motorcycle accident in Austin, Texas. He was 36.

Benson was selected by the Bears with the fourth pick in the 2005 draft out of Texas. He spent his first three NFL seasons with the Bears, rushing for 1,593 yards and 10 touchdowns on 420 carries while appearing in 35 games with 12 starts.

“Our condolences to the friends and family of former Bears running back Cedric Benson, our 4th overall draft pick in 2005 and member of the 2006 NFC Champions team,” the Bears said in a statement.

According to a news report by CBS Austin, Benson was one of two people who died in a collision between a minivan and a motorcycle at 10:22 p.m. Saturday.