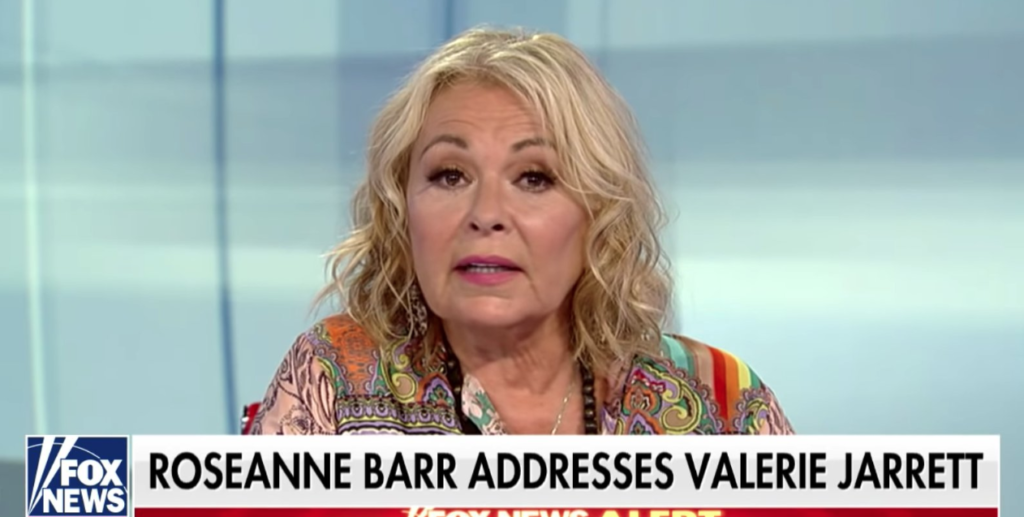 Roseanne Says Its All A Big Misunderstanding

A defiant and sometimes rambling Roseanne Barr took to Sean Hannity’s Fox News program Thursday and, defiant and humbled in equal parts, said the controversial tweet that led to the cancellation of her popular ABC program was a “mistake” and “it cost me everything, my life’s work.”

But she also said the tweet was meant to express a political view, not a racial one, and insisted her intentions had been misunderstood. She offered a difficult-to-follow explanation that involved her feelings regarding former Obama advisor Valerie Jarrett’s role in devising a nuclear deal with Iran. “That is a tweet asking for accountability from the previous administration about the Iran deal, which Valerie Jarrett is the author of,” she said.

During the hour-long interview, Hannity tried to keep his guest on course. Barr discussed everything from her mental issues to a desire to take the opposite side to whatever belief was held by people currently in power. “I like middle America. I like the middle way,” she told the Fox News host.

Barr revealed that her most recent contract with ABC gave her 24 hours to correct any tweet that might be controversial, but that ABC would not let her go on shows like “The View” to explain the remarks she made about Jarrett. She added that she cut all financial ties to her series, which will launch again in the next TV season as “The Conners.” “I didn’t want to cost anybody their jobs,” she told Hannity. “It’s going to be part of my repentance.”

She expressed interest in talking to Jarrett, or perhaps working out a way to find a “teachable moment” in an encounter with her. “I’d want her to hear my voice, that I am so sorry,” she told Hannity.

Barr acknowledged by the end of the program that she has made her share of errors. “I made a lot of mistakes,” she said. “I live my life out loud.”