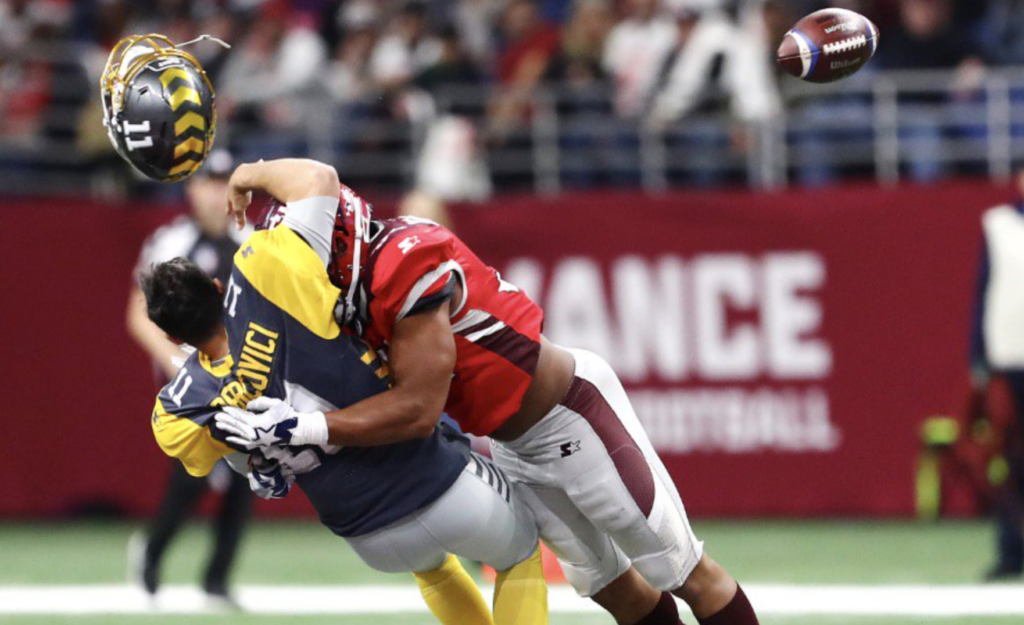 Running Out of Money Already?

For all the good publicity the Alliance of American Football received early on, it’s still a startup business.

Like plenty of other startup businesses, the AAF might have been underfunded to start. The Athletic’s David Glenn, citing multiple sources, reported that the league was in danger of not making payroll last week, just the second week of the league’s existence.

The crisis was averted. Glenn wrote that Carolina Hurricanes majority owner Tom Dundon will be introduced as the AAF’s new chairman after investing $250 million in the AAF. The NHL owner’s investment allowed the league to meet its financial obligations.

“Without a new, nine-figure investor, nobody is sure what would have happened,” one source told Glenn at The Athletic. “You can always tell people their checks are going to be a little late, but how many are going to show up on the weekend for games when they don’t see anything hit their bank accounts on Friday?”

That’s a stark contrast to the good feelings surrounding the league after its debut. Ratings were good, and a lot was made of the AAF’s first set of games drawing more viewers than an NBA game on ABC between the Rockets and Thunder. Overall the reception to the league was positive, which is rare for anything in the social media age.

The league clearly has done some things very well, but it was in trouble financially out of the gates. Dundon’s infusion of cash should help.

The Athletic reported that Dundon could be positioning himself to get an AAF team in Raleigh, N.C., though a source told Glenn that while Raleigh is an option for an expansion or relocated franchise, it wouldn’t happen until 2020 at the earliest.

The new league will have its struggles. There was far less buzz about the league in Week 2, which is what happened with the XFL in 2001. Everyone knew that Week 1 interest and ratings didn’t mean the AAF had arrived, though they were promising signs. Now the challenge is to try to keep the momentum going through the rest of the inaugural season.

Hopefully for the league, the financial bumps of the first couple weeks were averted due to a large investment. It’s a reminder what the AAF, or any new league, is up against as it tries to establish itself.