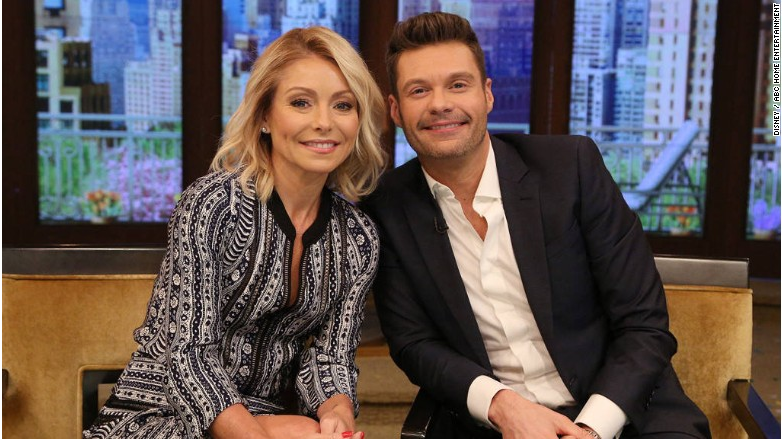 Seacrest, one of the world’s best-known broadcasters, has co-hosted “Live” five times as a guest since ABC began the search for Michael Strahan’s replacement one year ago.

He will be introduced by Ripa on Monday morning’s broadcast, two sources with knowledge of the deal told CNN.

The beloved talk show airs in many markets at 9 a.m., directly against the third hour of NBC’s “Today.” In the fall NBC is introducing a new 9 a.m. show led by Megyn Kelly, who recently jumped from Fox News to NBC.

Five years ago Seacrest was seen as a contender for a “Today” show co-host job. Instead, Ripa and Seacrest will be competing with Kelly.

“Live” is based in New York. Seacrest lives in Los Angeles, but he has a home in Manhattan, and he’s moving to New York to start the new job.

Seacrest is already one of the busiest people in the media business. The new hosting gig will not affect other on-air and off-air roles. He recently renewed his contract to host red carpet specials for NBCUniversal’s E! network, for example.

Seacrest will continue to lead his nationally syndicated radio shows for iHeartMedia. According to a source, the ABC building that houses “Live” will also have a new radio studio for Seacrest.

Seacrest is already in business with ABC as the host of “Dick Clark’s New Year’s Rockin’ Eve” on New Year’s Eve.

The hosting deal may open the door for further business deals with ABC’s parent company, Disney.

The seat next to Ripa was coveted by dozens of entertainment and news industry A-listers.

The search began when Strahan abruptly left the show for “Good Morning America” after co-hosting alongside Ripa for four years. Ripa was reportedly blindsided by the news. Strahan told her about it barely half an hour before the news leaked in the press.

Ripa took to Twitter on Sunday to tell her followers that she would reveal her new co-host during Monday’s show.

Representatives for Ripa, Seacrest and ABC either declined to comment or did not respond to requests for comment ahead of the official announcement on Monday.