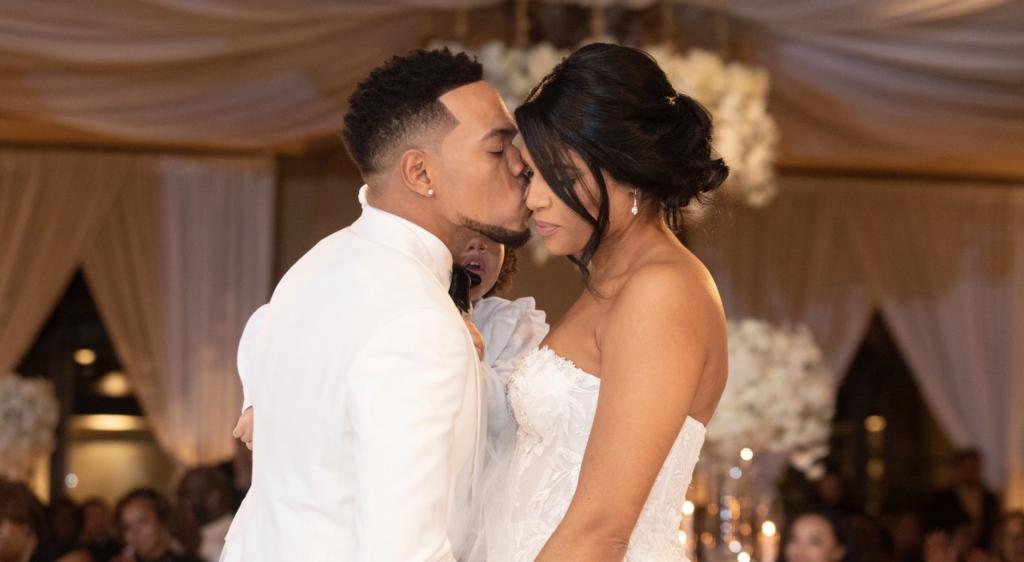 Salute to Chance The Husband

The romantic outdoor wedding ceremony was attended by 150 guests including Kanye West, Kim Kardashian, and comedian Dave Chappelle. Chance and Corley’s 3-year-old daughter, Kensli, was also in attendance and reportedly sat front row to watch her parents say “I do.”

The “No Problem” rapper looked dapper in a white and back tuxedo to match his bride who opted for a traditional white gown. Chance and Corley first met when they were just 9 years old at an office party for his mother’s real estate job. The 25-year-old recalled their journey to the altar days before jumping the broom. “Storytime. A thread on how I met my wife,” Chance tweeted on Wednesday (March 6).

In a series of tweets, the rapper reminisced about his first encounter with Corley, revealing that he first “locked eyes” with his future wife-to-be while she was performing “Independent Women” by Destiny’s Child with two other girls. “I was just staring at her as she and her girls were conquering this choreography and mastering the art of lip-syncing in a way even the most professional performers have yet to accomplish,” he wrote.

Chance spoke about his childhood shyness which he says wasn’t helped by his proud father. According to the Chicago native, knowing that his son was a talented dancer, his dad who would often thrust him into the spotlight to “do that lil dance” for onlookers.

“This wasn’t the time or place,” Chance wrote. “Not just because it wasn’t my party, not because it was their moment to dance, not even because I was nervous about dancing in front of folks. It’s [because] I knew I was gonna marry that girl. And I wanna jump the gun.”

Chance concluded his post writing, “16 years later, it’s happening. This [weekend], it’s time, and the place is my wedding. I’m gonna dance with my wife because this is my destiny.”

Congrats to the happy couple! Keep reading to see photos from their special day.