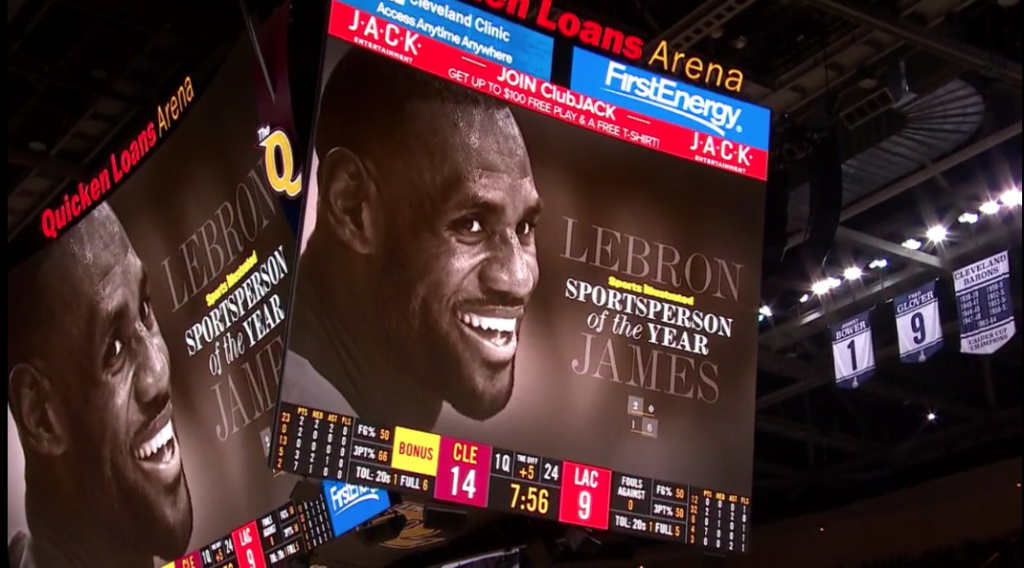 Sportsman Of The Year, Again

LeBron James was honored Monday at the SI Sportsperson of the Year awards show and delivered an honest, touching and funny speech while accepting his speech.

James was named Sportsperson of the Year by Sports Illustrated last week, becoming the second athlete to win the award multiple times. During his acceptance speech, James spoke about how Muhammad Ali, Jim Brown and Bill Russell paved the way for him to be in this position, and how the award was about those who supported him along the way.

He also cracked a few jokes about Michael Phelps and his bet with Dwyane Wade, of course.