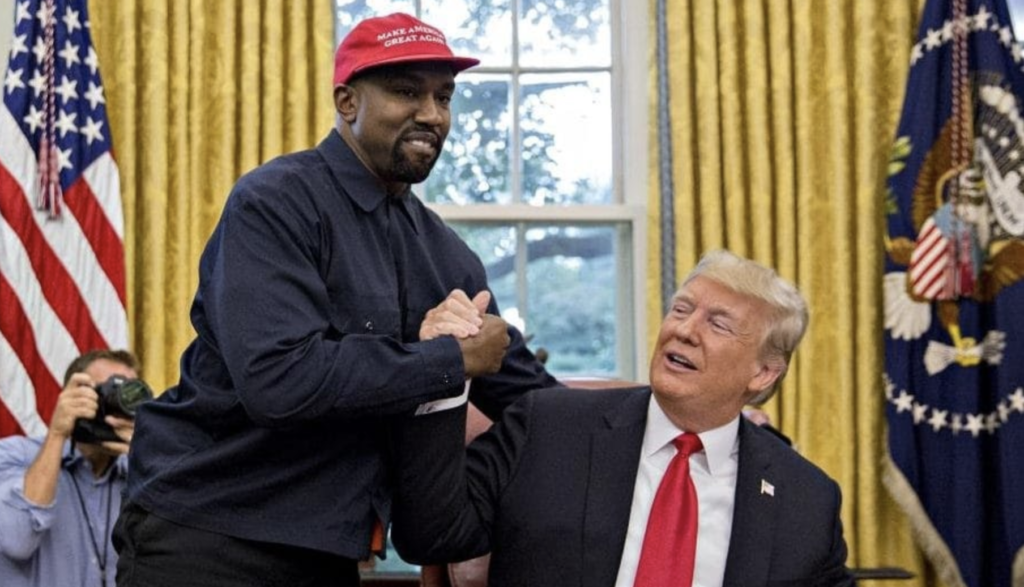 Stop the Presses! Kanye Is Changing His Ways…. Again

Three weeks after a bizarre White House meeting with President Donald Trump, rapper Kanye West said on Tuesday he was distancing himself from politics.

West, Trump’s biggest celebrity supporter, also sought to distance himself from a new campaign that encourages black Americans to quit the Democratic Party.

“My eyes are now wide open and now realize I’ve been used to spread messages I don’t believe in. I am distancing myself from politics and completely focusing on being creative!!!” West tweeted, without mentioning Trump, who is a Republican, or any other names.

The singer and fashion designer, who has said he is bipolar, also said he “never wanted any association” with a campaign launched last weekend called Blexit that seeks to draw African-Americans away from their long-standing support for Democrats.

West, 41, was linked to the campaign after its leader, conservative activist Candace Owens, said he had designed the logo for the movement’s hats and T-shirts.

“I introduced Candace to the person who made the logo and they didn’t want their name on it so she used mine,” West tweeted on Tuesday. “I have nothing to do with it.”

West posted his comments just a week before U.S. congressional elections on Nov. 6 and after months of erratic behavior, including describing slavery as a choice.

On Oct. 11, he met Trump in the Oval Office and launched into a rambling 10-minute-long speech carried live on television in which he said Trump made him feel like a superhero, and referenced the existence of an alternate universe.