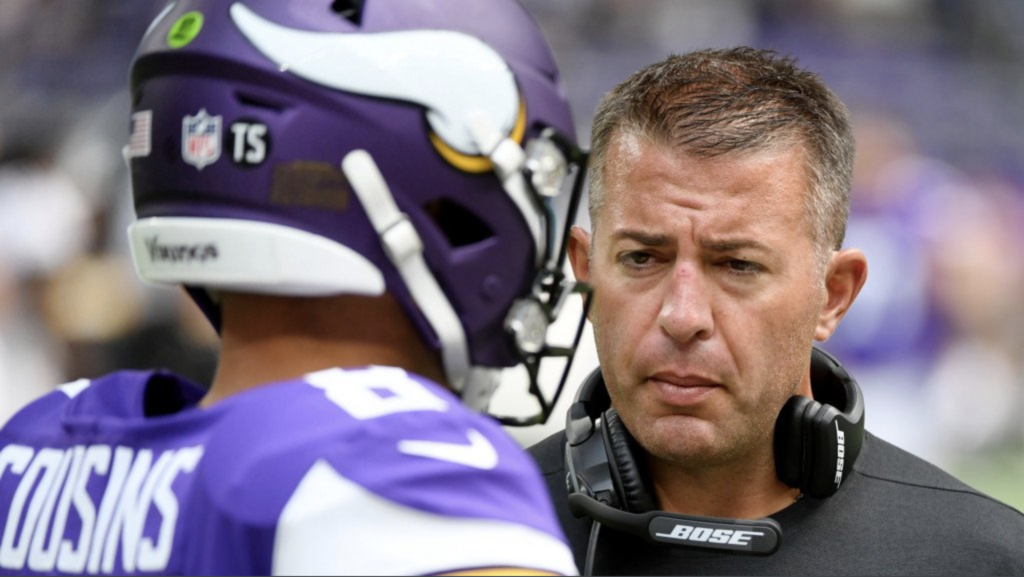 After the latest offensive dud, the Minnesota Vikings are making a change.

Quarterbacks coach Kevin Stefanski was elevated to interim OC and will take over play-calling duties for the 6-6-1 Vikings.

The team later confirmed the move.

“You hear the offensive coordinator (John DeFilippo) is getting a lot of ridicule, but it’s about the players,” Thielen said after the game, via the Pioneer Press. “The players have got to make the plays. It doesn’t matter what play is called, you have to run that play and you have to be successful on it. It just comes down to execution, all 11 players doing the right thing.”

Alas, DeFilippo took the fall for a crumbling offense.

The Vikings signed DeFilippo in the offseason after Pat Shurmur took over as the New York Giants head coach.

This time a year ago, DeFilippo was viewed as the hottest OC candidate after helping the Philadelphia Eagles win the Super Bowl as quarterbacks coach. The 40-year-old was widely credited with aiding Carson Wentz’s MVP-caliber season and helping morph Nick Foles into a Super Bowl MVP.

Less than two months ago, NFL Network’s Tom Pelissero mentioned DeFilippo among the names to watch for head coaching gigs heading into 2019.

Then it all fell apart.

Vikings coach Mike Zimmer told reporters Tuesday during a conference call that they weren’t making enough progress on offense of late and he “felt a sense of urgency” to get things going.

“I don’t want the season to be wasted now,” Zimmer said. “Maybe it will, maybe it won’t. But these three games are very, very critical and we need to play good.”

Minnesota has lost four of its last six games and sits precariously in the sixth seed of the NFC playoff picture after entering the season with Super Bowl aspirations.

Throughout the Vikings’ skid, Zimmer repeatedly and publicly chastised his offensive coordinator for not generating a rushing attack. While the Vikings attempted to get the ground game going Monday night, the poor offensive performance, in which Minnesota didn’t score a point until garbage-time, sealed DeFilippo’s fate.

DeFilippo’s firing marks the second in-season OC change in the past three seasons under Zimmer. Norv Turner quit midway through the 2016 season, paving the way for Shurmur to take over.

Given his high-standing within league circles, it will be interesting to see where DeFilippo lands following his dismissal. With the Eagles currently in an offensive funk, it wouldn’t be a shock to see him return to Doug Pederson’s staff in some capacity down the road.