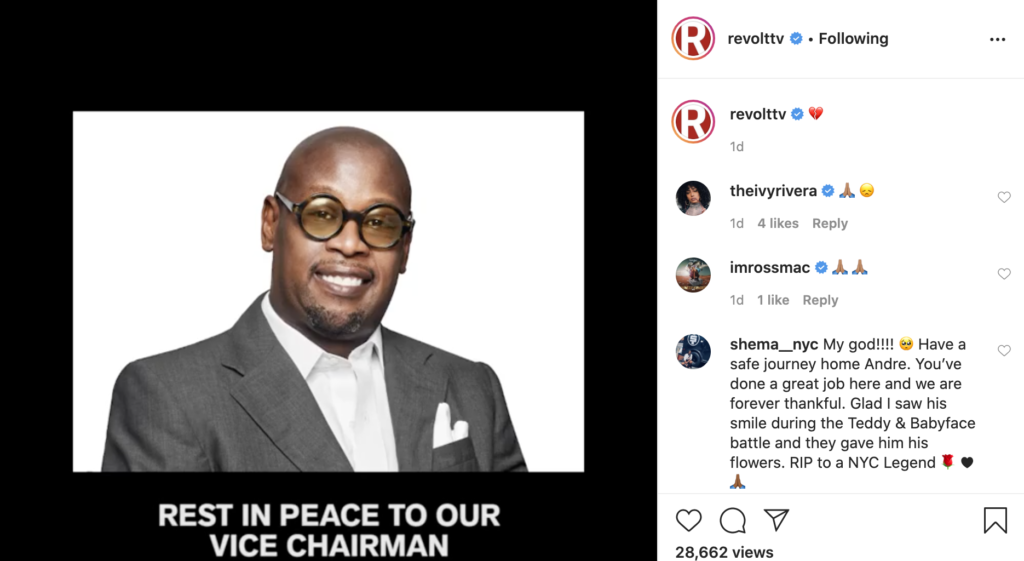 The Culture Loses An Icon

Andre Harrell, the music executive who founded the influential Uptown Records, has died at the age of 59.

“We can confirm the passing of Andre Harrell,” Revolt network, where Harrell served as vice chairman, said in a statement. “Everyone in the REVOLT family is devastated by the loss of our friend, mentor and Vice-Chairman. Andre’s impact on Hip Hop and the culture and on us has been immeasurable and profound. May he Rest In Peace.”

Harrell’s ex-wife, Wendy Credle, told The New York Times that the cause of death was heart failure.

The Bronx-born Harrell entered the music business as one-half of the hip-hop duo Dr. Jeckyll and Mr. Hyde. The group scored some minor hits (including “Genius Rap“) before Harrell began exploring the business side of music.

“So many can say they are successful because Andre Harrell gave them their start,” Simmons wrote in a tribute following news of Harrell’s death Friday. “He was so beloved because he made his living uplifting others… We celebrate him in his passing because we were so blessed for his presence… He gave everything he had.”

Under Harrell’s stewardship, Uptown Records helped launch the careers of Heavy D and the Boyz, Guy (featuring producer Teddy Riley), Jodeci, Al B. Sure and Mary J. Blige, who as a teenager signed with Harrell’s label. In 1992, Uptown partnered with MCA on a multimedia deal that allowed Harrell to produce films, TV shows and movie soundtracks, including the 1991 comedy Strictly Business and TV series New York Undercover.

“He gave you the best soundtracks of your life man and you didn’t even know it. We never gave him his flowers. He redefined the party,” Questlove wrote of Harrell Friday. “Def Jam was the artform. Bad Boy was the attitude. Death Row was the muscle. But without even knowing it? Uptown was ALWAYS the party.”

Harrell’s onetime intern Sean “Puffy” Combs would later step into an A&R role at Uptown during the label’s most successful years in the early Nineties. However, tensions rose between Harrell and Combs and the latter, after being fired from Uptown, quickly formed Bad Boy Records, taking the recently discovered the Notorious B.I.G. with him.

Combs’ exit signaled Uptown’s decline, and in 1995, Harrell himself would leave the label he founded to become CEO of Motown Records, although that stint was short-lived. Two decade later, Combs would hire his old boss Harrell to serve as vice chairman of the rapper/producer’s Revolt music network.

Earlier this year, BET announced plans for a miniseries based on Uptown Records’ rise, with Harrell in a producer role. In a statement at the time, Harrell said the miniseries would “share my story, the rise of Uptown Records and successful black entrepreneurship, and the management and cultivation of some of the most iconic artists to come out of the late ’80s and ’90s hip-hop, R&B and soul music era.”

“We are mourning the loss of a cultural icon, Andre Harrell, a chief architect of the modern hip-hop and R&B sound,” BET President Scott Mills said in a statement. “Andre was tremendously excited about sharing the origin story of Uptown Records, and its pivotal role in the urban music landscape. With his tragic passing, BET is committed to ensuring that the Uptown limited series event tells both the Uptown story and Andre’s story – that of the incredible music innovator, man and friend to so many.”