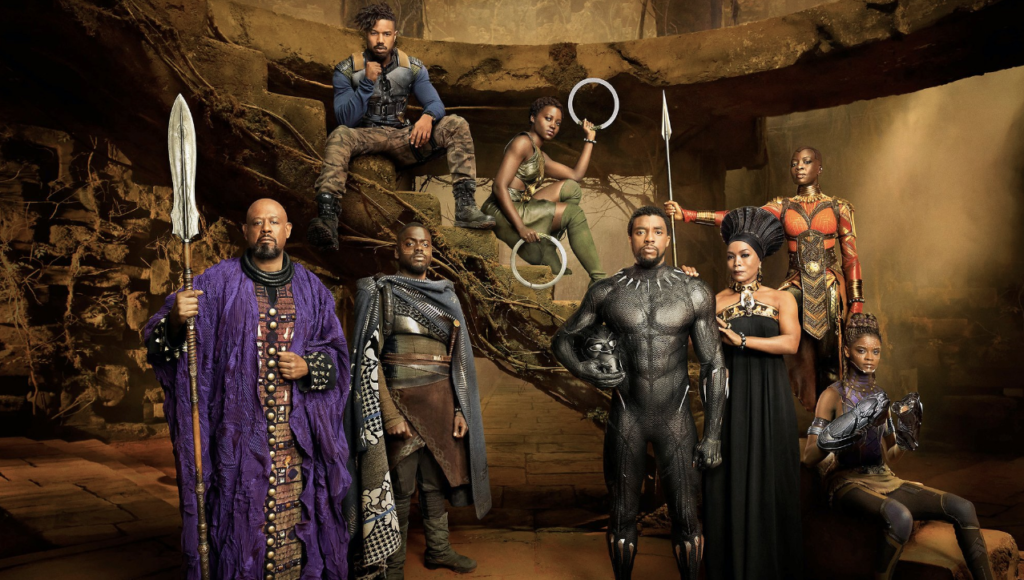 The Kingdom of Wakanda is On Its Way To A Billion

Marvel’s “Black Panther”is dominating the box office with an astounding $108 million at 4,020 North American locations — the second-highest second weekend ever behind “Star Wars: The Force Awakens.”

The superhero film, the 18th in the Marvel Cinematic Universe, declined only 46% from its opening Friday-Sunday — underlining the film’s massive appeal among moviegoers. “Star Wars: The Force Awakens” set the second weekend record with $149 million in 2015, and “Black Panther” topped the second weekends of 2015’s “Jurassic World” at $106.6 million, and 2012’s “The Avengers” with $103 million.

“Black Panther,” directed by Ryan Coogler, has caught on with moviegoers this month in a way that few other titles have in Hollywood’s recent history — blowing past last month’s tracking that showed it would open in the $100 million to $120 million range. It’s notched an A+ Cinemascore — becoming only the second Marvel film to do so — and has dazzled critics with a 97% “fresh” score on Rotten Tomatoes. The film also stars Michael B. Jordan, Lupita Nyong’o, Danai Gurira, Martin Freeman, Daniel Kaluuya and Letitia Wright.

“‘Black Panther’ continues to elevate the month of February to summer-style blockbuster status with a second weekend that represents only the third time that a film has posted a $100 million plus weekend performance during the month (behind only its $202 million debut and ‘Deadpool’s’ $132 million opening in 2016),” he said. “And with a North American cume through Sunday of $400 million, it is the highest grossing film ever released in the month after just 10 days in theaters beating the long-standing $370.3 million record held by 2004’s ‘The Passion of The Christ.’”