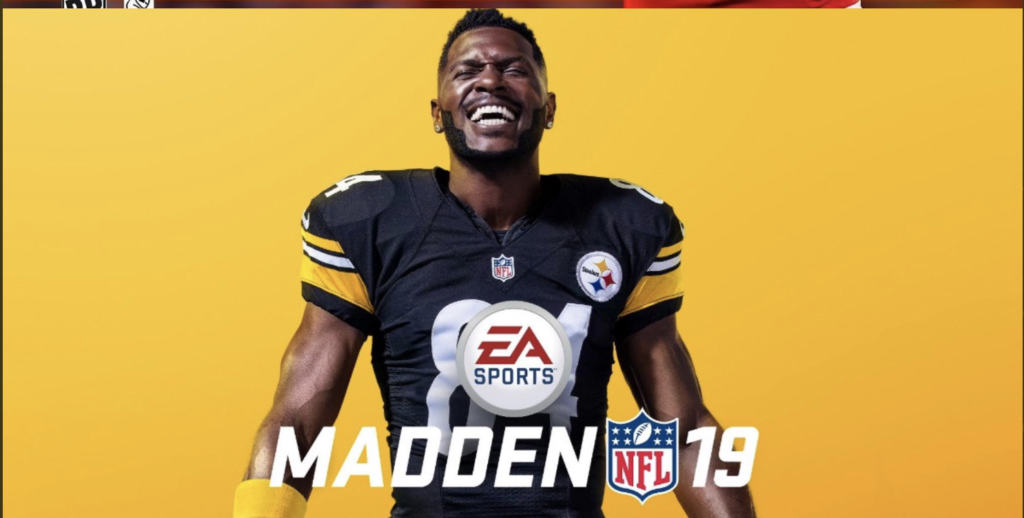 The Madden Curse is Real

Brown is charged with burglary with battery for an alleged incident at his Hollywood home on Tuesday, according to the report.

Police arrested Brown’s personal trainer Glenn Holt on Tuesday on a burglary-with-battery charge after the driver of a moving truck attending Brown’s home claimed that the two “battered” him.

A large police presence showed up at Brown’s home after a 911 call around 2 p.m., but police said they were not “successful” in locating Brown, who did not face charges at the time.

Hollywood Police public information officer Christian Lata told USA Today that officers made more unsuccessful attempts to contact Brown on Wednesday, but that he had “locked himself in his house” and did not respond.

Brown was active on Twitter on Wednesday promoting music and claiming that he’s been slandered.

He also posted video of himself walking around the outside of his home on Instagram.

Brown, a 31-year-old seven-time Pro Bowl wide receiver, hasn’t worked in the NFL since being released by the New England Patriots after Week 2 in light of rape allegations against him.

Another woman accused Brown of sexual misconduct when she was hired to work as an artist in his Pittsburgh home while he was a member of the Steelers in 2017.

Brown’s future as an NFL player remains in peril.

A high-ranking NFL executive told Yahoo Sports’ Charles Robinson on Tuesday that teams would take a look at Brown’s mental health before considering bringing him aboard.

“I think a mental health aspect would have to be a part of the process,” the executive said. “I think you would have to start there.”

The news is the latest trouble for Brown, whom Hollywood PD cut ties with after a public tirade outside his home last Monday. Antonio Brown live-streamed a profane outburst at police outside his house as his children and their mother watched.

Police had maintained a relationship with Brown in spite of his recent legal troubles as he made donations to the department’s Police Athletic League football team and used their facilities to work out. He now risks trespassing charges if he returns to the PAL training facility.

Brown’s agent Drew Rosenhaus has since reportedly “conditionally” terminated his relationship with him until he seeks counseling.