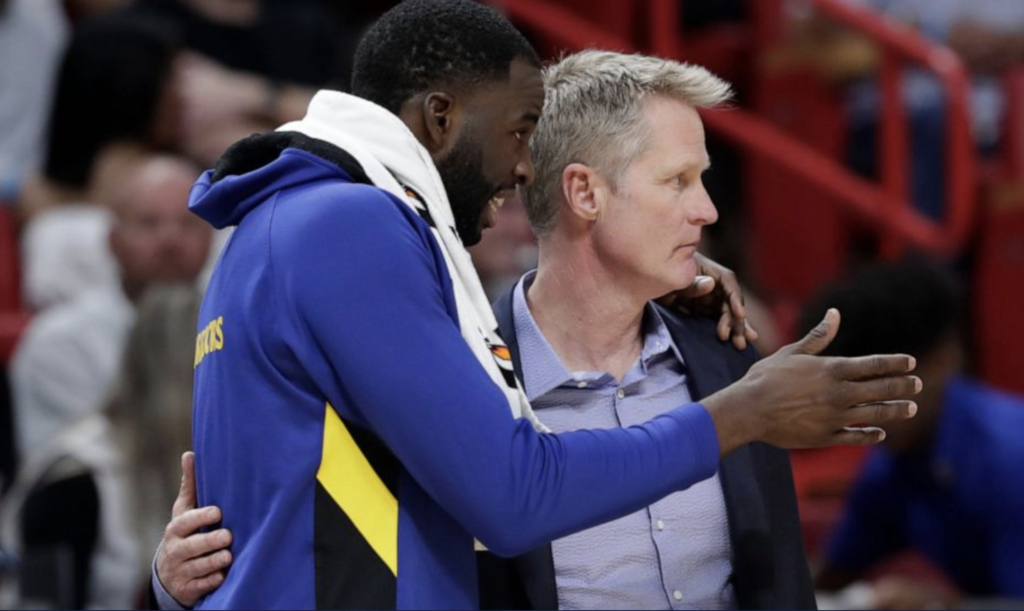 The Mighty Warriors Have Fallen

Behind 24 points and 7 assists from Trae Young, the Hawks dominated the skeleton Warriors 104-79, picking up their first win since Nov. 12.

“It feels good, obviously, winning,” Young said. “I haven’t won in a long time, which is not a good feeling. So any time you get a win it feels good, so we’re all happy but obviously we’ve got a long way to go.”

The Warriors, on the other hand, now sit alone with the worst record in the league at 4-18, having lost six of their past seven.

“I thought we were playing for ourselves out there, instead of playing for each other,” Warriors coach Steve Kerr said. “We were trying to dribble through traffic instead of moving the ball. Everybody was trying to make a play, instead of letting the next guy make the play, and we just got frustrated. We didn’t have any kind of rhythm or flow to the game.”

Against the second-worst defense in the NBA, the Warriors scored just 79 points (tied for second-fewest under Kerr), turned it over 23 times and shot 3-of-17 from 3, tied for the fewest made 3s under Kerr.

“It’s not easy for anybody to lose, especially given that our team has fought really hard through the first quarter of the season and had some really difficult, close losses,” Kerr said. “It wears on you, and you want those efforts to be rewarded. You have to keep the faith, and you just have to keep fighting, and that’s my job to keep their spirits up and turn it around.”

Monday’s game brought two differing mindsets, with the Hawks trying to grow a young group into a playoff-caliber team, while the Warriors have endured an almost comical string of injuries. Atlanta isn’t interested in losing, while Golden State can take advantage of an injury-plagued season for the upside of a high draft pick.

Despite an obvious opportunity to win against the battered Warriors, Pierce said the Hawks didn’t prioritize Monday’s game. And he’s also trying to make sure the outcome is kept in context as well, noting often who the Warriors didn’t have playing.

“I don’t know if it’s a momentum builder,” he said, “but it’s just good to get off the other side of the momentum.”

Coming off a deflating road trip that featured two close losses to top-level Eastern Conference teams and then a 47-point thrashing by the Houston Rockets, the Hawks kept preaching positive energy and investment. At Monday morning’s shootaround, the spirit was evident, with the team gathering around midcourt as the rookies sang happy birthday to De’Andre Hunter.

After the victory over the Warriors, the locker room was full of fun, with jokes about Cam Reddish‘s missed dunk, Hunter being in pain because of a (apparently non-serious) finger injury and DeAndre’ Bembry grabbing two rebounds late in the game from Damian Jones, which prevented a double-double against his former team.

“When you’re on a 10-game losing streak, it’s hard to communicate,” Pierce said. “You don’t want to offend anyone, everyone’s pissed off. So to just be able to make fun of each other is a big part of it.”

The Hawks started the season 2-0, showing early signs of growth from last season’s strong finish. They were 3-3 on Nov. 5 when forward John Collins, their second-leading scorer, was suspended by the league for 25 games for violating the terms of the NBA/NBPA anti-drug program. Since then, along with other injuries (Kevin Huerter, Allen Crabbe), they are 3-13.

“We just passed the quarter mark of the season, so the thing about me is I understand it’s a long season,” Young said. “You can have a bad start and finish off strong, and the same vice versa. It’s a long season, and you’ve got to continue to get better and hopefully we can flip it around.”