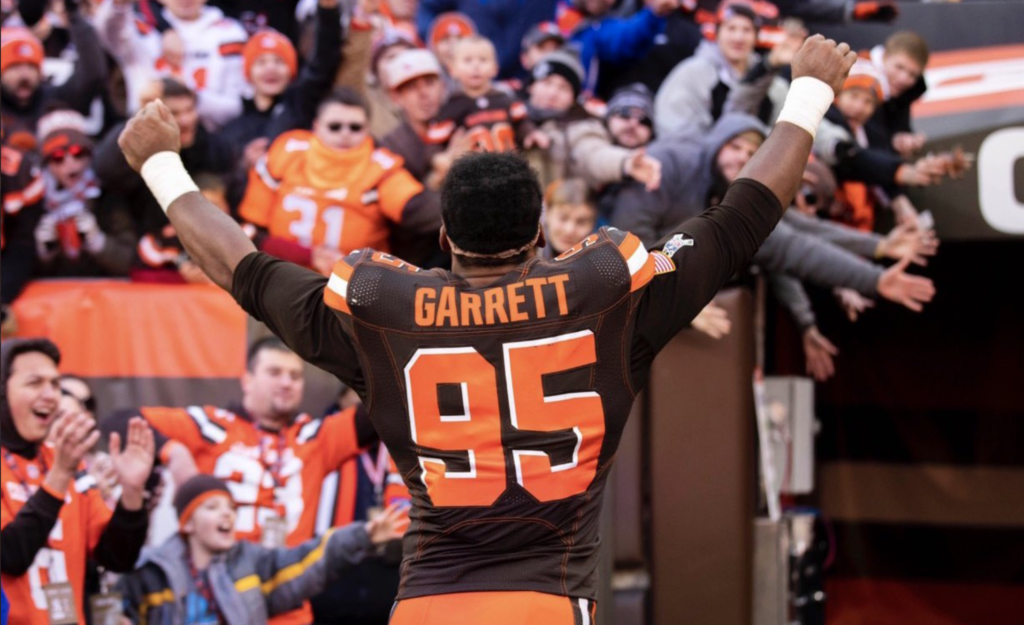 Myles Garrett’s contract extension with the Cleveland Browns contains $100 million in total guarantees, the most ever paid to a defensive player, according to league sources, with $50 million guaranteed at signing.

The Browns’ star pass-rusher signed the record-setting five-year extension Wednesday. The team did not disclose financial terms, but sources told ESPN that the deal is worth $125 million, with the $25 million average salary also a record for a defensive player.

The extension will keep the 2017 No. 1 overall pick under contract in Cleveland through the 2026 season. Garrett, 24, entered the offseason with two years left on his rookie contract after the Browns picked up his fifth-year option.

“In 2017, the Cleveland Browns bet on me,” Garrett said in a statement released through the team. “This city quickly became my home and these people quickly became my family. I’m eternally grateful for this opportunity, the support of my friends and family, the organization, my teammates, the fans — I could go on forever, but even that wouldn’t be enough time to express my gratitude. I’ll just say this: Keep betting on me, Cleveland, because I won’t let you down. Now, let’s get to work.”

Garrett has been one of the NFL’s most dominant pass-rushers since he entered the league, ranking fourth in the league in sacks per game (0.82) over three seasons.

He was suspended the final six games of last season for hitting Pittsburgh’s Mason Rudolph with the quarterback’s helmet during a skirmish at the end of their teams’ game on Nov. 14. Before that, he had 10 sacks in 10 games. The NFL reinstated Garrett in February.

The most recent first-round pick signed by the Browns to an extension was cornerback Joe Haden, who was drafted in 2010.